Dear Katrina Kaif, 'Jagga' Ranbir Kapoor Has An Answer To Your 'Slow Down' Comment

Earlier this week, Katrina Kaif posted a behind-the-scene video on Instagram, where the actress revealed that she had to 'slow down' for Ranbir Kapoor while filming the song Ullu Ka Patha in Jagga Jasoos 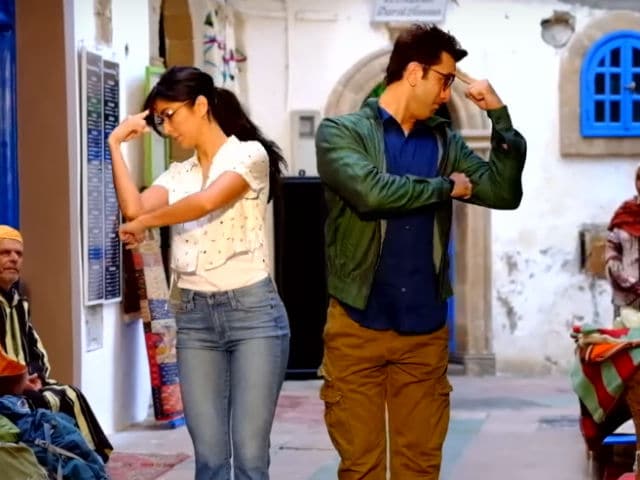 New Delhi: Earlier this week, Katrina Kaif posted a behind-the-scene video on Instagram, where the actress revealed that she had to 'slow down' while filming the song Ullu Ka Patha in her upcoming film Jagga Jasoos so that her co-star Ranbir Kapoor could catch up. "I'm slowing it down as much as possible so that Jagga can keep up with me. Sometimes you have to keep a control on yourself so that the other person can shine," she says in the video. And now, Ranbir Kapoor has finally responded to her. Ranbir has answered Katrina via a video posted on UTV Films' Instagram account.

"I'm busy shooting and minding my own business and suddenly I saw these videos of Jagga Jasoos. You are helping me shine, which is amazing. So this one's for you Katrina. Check it," said Ranbir while showing a glimpse of their upcoming song Galti Se Mistake.

Galti Se Mistake will be unveiled on Friday evening.

Check out what Katrina earlier said.


Jagga Jasoos features Ranbir as the titular detective while Katrina stars as his accomplice. The film is directed by Ranbir's Barfi! direcyor Anurag Basu.

Promoted
Listen to the latest songs, only on JioSaavn.com
Jagga Jasoos is scheduled to release on July 14. The film also stars Sayani Gupta.

Ranbir Kapoor is currently shooting for the Sanjay Dutt biopic while Katrina Kaif is working with Salman Khan for Tiger Zinda Hai, the sequel to their 2012 blockbuster film Ek Tha Tiger.