Built by Mughal emperor Shah Jahan in the memory of his wife Mumtaz Mahal, the Taj Mahal is rated after Cambodia's Angkor Wat. 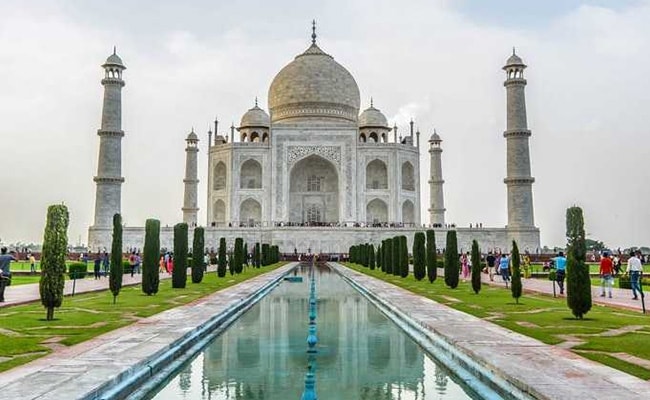 Taj Mahal is considered one of the seven wonders of the world.

The Taj Mahal, a mausoleum crafted in ivory-white marble, located in Uttar Pradesh's Agra, is the second best UNESCO world heritage site in the world, according to a new survey by a travel portal. Built by Mughal emperor Shah Jahan in the memory of his wife Mumtaz Mahal, the 'monument of love' is rated after Cambodia's Angkor Wat. Other popular heritage sites on the survey include the Great Wall of China built by Xu Da of Northern Qi Dynasty in 1368 AD and South America's Incan citadel Machu Picchu in Peru.

The survey, conducted by online travel portal TripAdvisor, lists the UNESCO Cultural and Natural heritage sites which are best rated by travellers around the globe.

"You can find hundreds of tours and experiences to visit this mesmerizing site, from a private tour with guide and visit at sunset or sunrise, to a visit including a home-cooked meal at a local home in Agra," the travel portal was quoted as saying by news agency PTI.

The Taj Mahal was designated as a UNESCO World Heritage Site in 1983. It is described as "the jewel of Muslim art in India and one of the universally admired masterpieces of the world's heritage". The monument receives 8 million visitors per year.

Government statistics, however show that every fourth foreign visitor to the country visits the Taj but there has been a decline in the number foreign tourists to the white marble mausoleum, widely considered one of the world's seven wonders.

Promoted
Listen to the latest songs, only on JioSaavn.com
The best views of Angkor Wat, a temple complex and the largest religious monument in the world, are at dawn or dusk, "when the crowds have gone and the lighting reveals its true majesty," the travel portal said. The places is best toured with a knowledgeable guide, it said.

The other monuments that featured in the notable list are Iguazu National Park in Brazil, Italy's Sassi of Matera, Auschwitz Birkenau and historic Krakow in Poland, the old city of Jerusalem in Israel and the historic areas of Istanbul in Turkey.