Only One Taj, 'You Can't Get it Again': Supreme Court's Reminder To UP

The Taj, said to be one of the seven wonders of the world, has been battling too many challenges of which pollution is a key one. 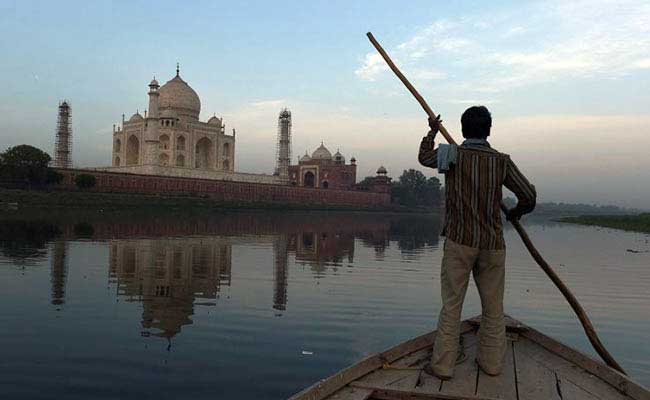 Vehicles running on petrol and diesel are not allowed to run within a 500-m radius of Taj Mahal.

New Delhi: There will be no multi-level parking near the Taj Mahal for now, the Supreme Court said on Monday, refusing to allow the Uttar Pradesh government to continue the construction of one near the iconic 15th Century monument. The restriction on vehicle movement in the 500 metre radius of the monument should continue, the court said.

"You can't get Taj again if it is destroyed," the court told the Uttar Pradesh government. "As it is, pollution in Agra is very high. We don't want you to have any ad hoc measures. Have a long-term perspective to protect the monument. You don't have a vision document for protection of Taj. That's the whole problem." The top court will decide on the parking lot once it gets a report from the Taj Trapezium Zone (TTZ) authorities.

The Uttar Pradesh government -- which had recently been criticized after the Taj Mahal was found to have been dropped from a brochure published by the tourism ministry - has been building a multi-level parking a kilometer from the eastern gate of the monument. In August, the court had put a freeze on the construction.

Vehicles running on petrol and diesel are not allowed to run within a 500-m radius of Taj Mahal unless they belong to homeowners living in that area.

The Taj, said to be one of the seven wonders of the world, has been battling too many challenges of which pollution is a key one. The Archeological Society of India, which is in charge of conservation of the monument, has been undertaking periodic projects to clean up the marble which acquires a yellow-brown tinge due to continuous fumes from the vehicle.

Contending that it would be difficult for tourists if a parking is not built near Taj, Additional Solicitor General Tushar Mehta, who was representing the government, said it had all the necessary permissions for the parking.

"Why don't you construct the parking lot beyond 1.5 km? Tourists can walk up to the monuments," the bench said, adding, "don't worry about foreign tourists, they love to walk".

The bench said the state government needs to have a broad perspective to preserve and protect Taj Mahal, a one of its kind structure in the world. The government, the court said, should have larger perspective of sustainable development.

Last month,  Chief Minister Yogi Adityanath visited the Taj in what was seen as an effort to contract the controversy initiated by him and other leaders of the BJP about the importance of the monument.

Promoted
Listen to the latest songs, only on JioSaavn.com
In June, the Chief Minister had said the practice of foreign dignitaries receiving replicas of the Taj as official gifts should be ended because the monument is not an appropriate representation of Indian culture.

Then, a list of tourist attractions issued by his government excluded the Taj Mahal. In August, BJP leader Sangeet Som, accused of delivering hate speeches, said the Taj was built by "traitors" and "is a blot on the Indian culture."
Comments
Taj MahalSupreme Court