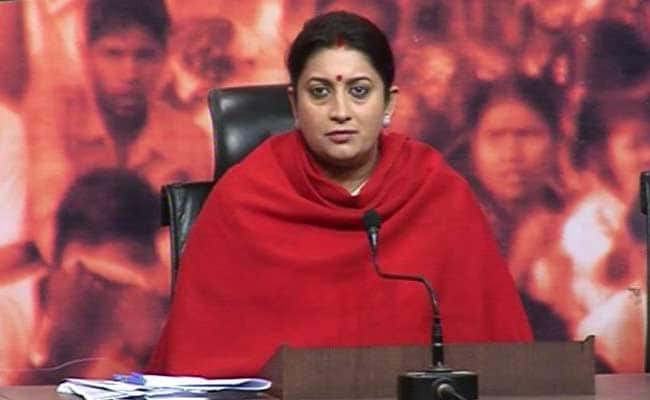 Union HRD Minister Smriti Irani immediately got down from her car and went to the woman and consoled her.

Thiruvananthapuram: Union Human Resource Development Minister Smriti Irani today played the role of a Samaritan when she attended to a woman, who met with a road accident at Pazhakutty about 20 km from Thiruvananthapuram.

Ms Irani, who was on her way to inaugurate the permanent campus of Indian Institute of Science Education and Research  (IISR) at Vithura, witnessed a commotion on the road and found a 41-year-old woman lying on the ground after a van hit her scooter which she was riding.

The Union minister immediately got down from her car and went to the woman and consoled her.

She also summoned the police and directed them to take her immediately to the nearby government hospital.

Chief Minister Oommen Chandy, who was in his official vehicle behind the Union minister, also saw the incident and got down to enquire about the matter.

Later, both Union minister and Chief Minister left for a function.

The woman, who suffered minor injury, was taken to a government hospital at nearby Nedumangad, officials said.