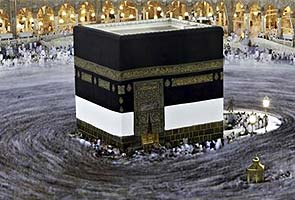 New Delhi: With Saudi Arabia slashing by 20 percent the Haj quota for all foreign pilgrims this year, the Indian government on Monday decided to reduce the Haj seats of private tour operators.

As per the India-Saudi Arabia bilateral agreement on Haj 2013, inked on March 16 in Jeddah, the quota for India was fixed at 170,025 seats -- comprising 125,025 seats for the Haj Committee of India (HCOI), Mumbai, and 45,000 for pilgrims going through private tour operators (PTOs).

But in June, the Saudi authorities announced a 50 percent cut in the Haj quota on local Saudi applicants and 20 percent on foreign Haj pilgrims.

This was done to facilitate the infrastructure work being carried out around the Haram Sharif and to keep the area safe and secure for the pilgrims, said a statement on Monday.

India conveyed its concern to the Saudi authorities on the 20 percent cut in quota -- from 170,025 seats to 136,020 seats and sought a reconsideration of the decision.

But on June 21, the Saudi government conveyed its inability to accede to the Indian request.

In the meantime, the HCOI pilgrims had already been selected and partial payments received from them and work on their accommodation and air transport was in an advanced stage.

Most of the HCOI pilgrims, who number 123,511, are first timers. From this year, Haj through HCOI is to be restricted to "only once in a life time" rather than the earlier "once in 5 years", the statement said.

The names of the eligible Haj pilgrims of the private tour operators are yet to be announced.

Promoted
Listen to the latest songs, only on JioSaavn.com
In view of the development, the government has decided to implement the 20 percent cut in seats numbering 34,005 from the 45,000 quota of private tour operators.

Any cancellations of seats by HCOI pilgrims would be transferred to the eligible Haj pilgrims under the private tour operators to the extent possible, the statement said.
Comments
Haj Committee of IndiaSaudi Arabia