Replying to a debate on the SPG (Amendment) Bill, Amit Shah said that the BJP does not carry out any action with a vindictive approach and it was the Congress that took many such decisions in the past. 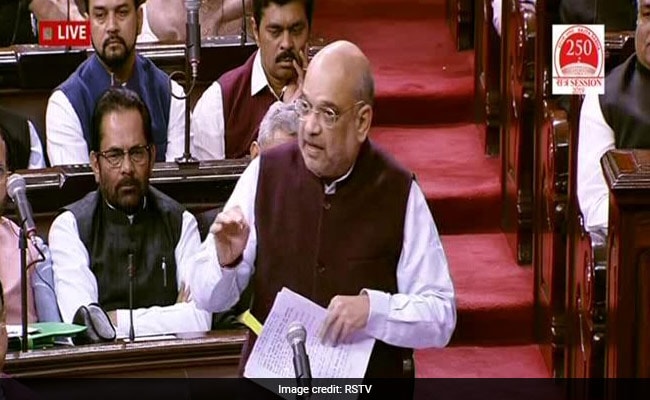 The Rajya Sabha on Tuesday passed a bill to amend the Act governing the elite-Special Protection Group (SPG) with Home Minister Amit Shah rejecting the opposition's charge of political vendetta and asserting the government was concerned about security of all 130 crore Indians and not just the Gandhi family.

Replying to a debate on the SPG (Amendment) Bill, Amit Shah said that the BJP does not carry out any action with a vindictive approach and it was the Congress that took many such decisions in the past.

The Congress, which criticised the amendment, walked out of Rajya Sabha saying it is dissatisfied with the Home Minister's reply on the amendment to the SPG Act.

The government, Amit Shah said, takes the decision of providing security cover on scientific threat analysis for a particular individual.

The passage of the amendments to the SPG Act will pave the way for only the prime minister and his "immediate family residing with him at his official residence", as well as any former prime minister and members of his immediate family "residing with him at the residence allotted to him for a period of five years, from the date he ceases to hold the office of Prime Minister" to be given SPG cover.

Amit Shah said if anyone it was Narendra Modi who will be impacted by this amendment as cover will be withdrawn after five years of his ceasing to be the Prime Minister.

On the security breach at the residence of Priyanka Gandhi Vadra, he said the security was informed that her brother Rahul Gandhi would be visiting her in a black ''Tata Safari'' SUV but instead of him some Congress workers from Meerut in Uttar Pradesh came in a similar vehicle and so were allowed in the house.

He said a high-level inquiry has been ordered into the security breach and three personnel have been suspended.

He said three members of Gandhi family have been given Z-plus top-grade security cover with ambulance and are guarded by personnel who were part of SPG previously.

Replying to the Left's charge of BJP acting with political vendetta, he said 120 workers of BJP and RSS have been killed in Kerala.