After RPN Singh's Exit From Congress, Rahul Gandhi Unfollows Him On Twitter

RPN Singh has also changed his Twitter cover photo and uploaded a picture with Dharmendra Pradhan and BJP UP president Swatantra Dev Singh. 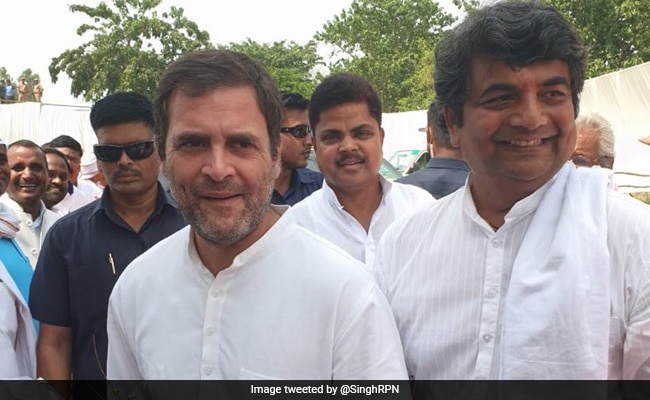 RPN Singh was said to be close to Rahul Gandhi. (File)

Rahul Gandhi, prior to his exit, was following 280 handles, which reduced to 279.

RPN Singh has also changed his Twitter cover photo and uploaded a picture with Dharmendra Pradhan and BJP UP president Swatantra Dev Singh.

Mr Singh was also on the list of star campaigners for Congress in the Uttar Pradesh polls.

Addressing a press conference at BJP headquarters, Mr Singh said, "I spent 32 years in one political party (Congress). But that party has not remained the same as it was before."

He said, "Now I will work as a 'Karyakarta' towards fulfilling PM Modi's dreams for India."

Taking a jibe at the Congress, the former Union Minister said that the party does not have the same ideology anymore.

"I had clearly said in my press conference that the party (Congress) is no more the one where I had worked, it is not the same ideology anymore. I would not like to add anything further to it," he told ANI after joining BJP today.

After Mr Singh joined the BJP, the Congress removed his nameplate from the party headquarters.

Congress Spokesperson Supriya Shrinate slammed Mr Singh over his resignation and said, "The battle which Congress party is fighting can be fought only with bravery... It requires courage, strength and Priyanka Gandhi Ji has said that coward people can't fight it."

Kunwar Ratanjit Pratap Narain Singh, popularly known as Raja Saheb of Padrauna, was a former Minister of State in the Ministry of Home Affairs. He was an MP from the Kushinagar constituency in the 15th Lok Sabha (2009-2014).

The 57-year-old former Congress loyalist from the erstwhile royal family of Sainthwar of Kushinagar (Padrauna) was an MLA from the Padrauna constituency of Uttar Pradesh (1996-2009), just like his father CPN Singh. The Congress party's Jharkhand in-charge, RPN Singh has previously served as the Minister of State from 2012 to 2014.

However, in the 16th Lok Sabha election, he lost to BJP's Rajesh PandeyThe Doon School alumnus has also served as the All India Congress Committee's Secretary from 2003-2006.