Amarinder Singh said he had a general discussion with Home Minister Amit Shah and that there'll be a detailed discussion after the election results are declared. 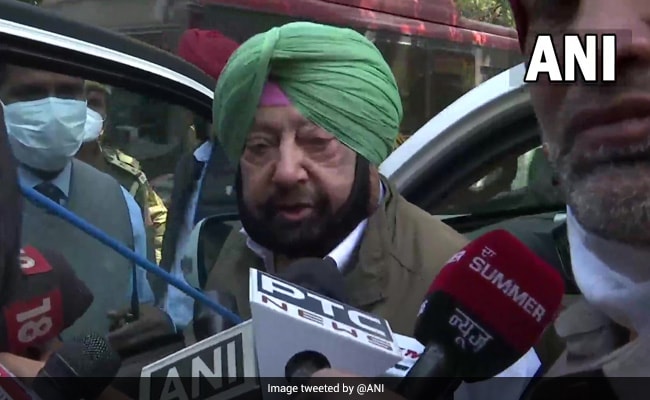 Amarinder Singh expressed confidence that the BJP-led alliance will do well in Punjab polls.

Addressing the media, Mr Singh, when asked about the prospects of his alliance in the polls, said, "I am not a Pundit. I am not somebody who can predict. My party has done well. The BJP has done well. Let us see what happens."

Further, the former Chief Minister said that his meeting with Union Home Minister in Delhi was to discuss Punjab in general and had nothing to do about the elections.

"Results are not declared yet. I had a general discussion with Home Minister. There'll be a detailed discussion after the results," Mr Singh said.

The result of elections in five states, including Punjab, are set to be announced on March 10.