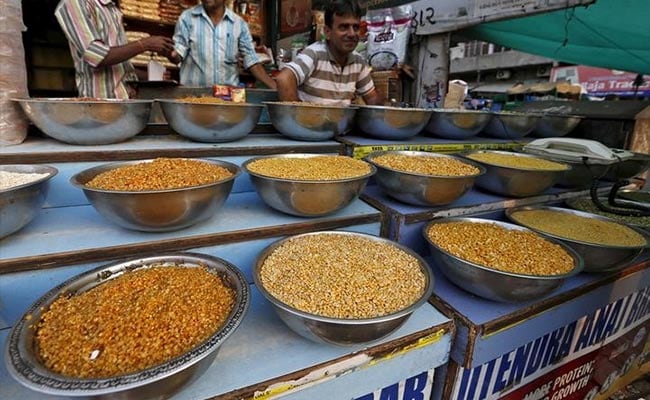 Prahlad Modi, brother of Prime Minister Narendra Modi, on Tuesday asked the Maharashtra government and the centre to have a re-look at the Direct Benefit Transfer Scheme involving the public distribution system, saying the programme amounted to a betrayal with ration shop owners.

At the same time, he also hit out at the Congress leaders trying to take political advantage from the issue, and said the Narendra Modi government's decisions on demonetisation and implementing the GST may have hurt a few but not those who did their business as per the law.

"The Maharashtra government was going to start the Direct Benefit Transfer scheme. The scheme had been assigned to the states by the centre, but it is not up to the mark.

"(Maharashtra minister) Girish Bapat had assured in Kolhapur that it would not create problems, but they have started creating troubles for the fair price shop dealers," he alleged.

"I don't know what award Chief Minister Devendra Fadnavis will get and what kind of promotion Bapat will get for troubling the poor. They are compelling the poor to purchase wheat at Rs 21-23 per kg and rice at Rs 27 per kg (much higher than PDS prices). God knows whether the subsidy will be deposited in the accounts of the poor or not," he said.

The Centre and the state government stopped the supply of kerosene under the PDS and the poor cannot even light a candle in their houses, he said.

He said government should withdraw the schemes implemented in a "wrong" manner and make available kerosene and take effective decision in the DBT scheme so that both - the shopkeepers and the poor people - are spared harassment.