On June 21, the Prime Minister will participate in an event on the occasion of International Yoga Day at the Mysuru Palace. 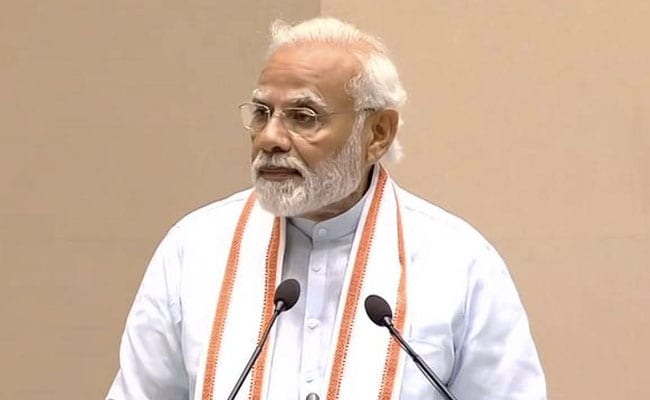 Prime Minister Modi will inaugurate Dr B R Ambedkar School of Economics during his visit. (File)

Karnataka Chief Minister Basavaraj Bommai on Saturday said Prime Minister Narendra Modi will be on a two-day visit to the state during which he will be participating at various events in Bengaluru and Mysuru.

Laying the foundation stone for Bengaluru Suburban Railway Project, inauguration of Dr B R Ambedkar School of Economics (BASE), participating in the Yoga Day event and visit to Chamundi hills and Suttur Mutt, a prominent Lingayat seminary, are among the key highlights of his upcoming visit.

"On June 20 and 21, Prime Minister Narendra Modi will be visiting Bengaluru and Mysuru. We have got his programme schedule. All arrangements have been done for the smooth conduct of the programmes and all our leaders, legislators, ministers, officials and also police are working in coordination with the SPG," Bommai said.

SPG refers to the Special Protection Group which is a government agency responsible for the safety and protection of the Prime Minister.

Speaking to reporters after reviewing preparations at Kommaghatta where the Prime Minister will be addressing a public function, Mr Bommai said PM Modi will be landing in Bengaluru's Yelahanka Airforce Station at 11.55 am on June 20 and from there he will take a chopper to Air Force Command and further proceed to the Indian Institute of Science (IISc), where he will be attending two events.

At IISc, Prime Minister Narendra Modi will be inaugurating the Brain Cell Development Centre, for which IT major Infosys co-Founder Kris Gopalakrishnan and family have donated Rs 450 crore. Also, the Prime Minister will be laying foundation for a 850-bed research hospital which is being setup by IT company Mindtree, Chief Minister Basavaraj Bommai added.

Stating that suburban railway is needed for Bengaluru to connect the city to the outskirts, the Chief Minister said talks were going on for long regarding the Rs 15,000 crore-worth project and a firm decision has been taken to start the work with the BJP government coming to power.

"It will be a big gift from Modiji to the people of Bengaluru, in areas where there is no metro connectivity on the outskirts," he said, adding that about six railway projects will be launched along with National Highway projects, and foundation will be laid for Satellite Town Ring Road (STRR) from Dobuspet to Hoskote.

Noting that the Prime Minister will subsequently be heading to Dr B R Ambedkar School of Economics (BASE), where he will unveil the statue of Dr B R Ambedkar and inaugurate BASE, Mr Bommai said, he will be then be traveling to Mysuru to participate in several events.

He will also be visiting Chamundi hills to offer prayers to goddess Chamundeshwari, the reigning deity of Mysuru and its royals, and will also pay a visit to Suttur Mutt, a prominent Lingayat seminary in the state.

On June 21, Prime Minister Narendra Modi will be participating in the Yoga Day event at the Palace premises in Mysuru, he added.

For Family of Indian Woman, Who Died By Suicide In US, A Painful Wait