The 45-year-old from Bihar is not a vote-seeking politician or a government election agent in the world's biggest election that began on Thursday. 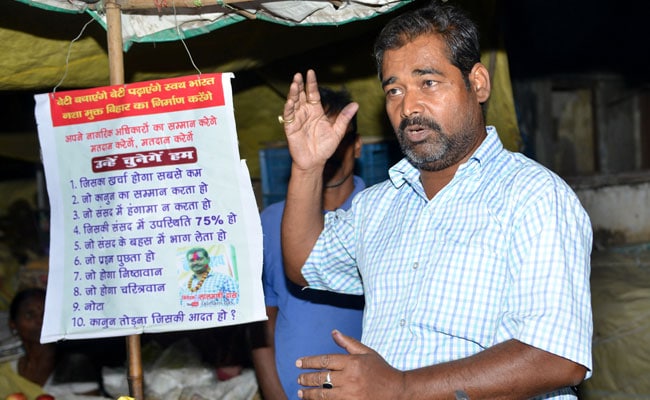 Lal Mani Das says his mission is to train people to screen each candidate carefully.

Lal Mani Das raises his voice above the morning din outside a railway station in Patna to make an appeal: Vote for a strong democracy.

The 45-year-old from Bihar is not a vote-seeking politician or a government election agent in the world's biggest election that began on Thursday.

Instead he is an ordinary snack-hawker with a bicycle on a mission to exhort people to vote -- and with their heads -- during the almost six-week polling period lasting until May 19.

"I felt a strong urge to do something about how people waste their votes by either electing wrong candidates or not voting at all," Mr Das told news agency AFP as he cycled along a chaotic road with banners festooning his bike and body.

The champion for democracy juggles between his evening job of selling traditional snacks and his "Cycle Jagrukta Yatra" ("Cycle Awareness Journey") mission.

With thousands of candidates competing for the 543 seats in the lower house of parliament from 900 million voters, he is concerned about the calibre of those running. The champion for democracy juggles between his evening job of selling traditional snacks and his "Cycle Jagrukta Yatra" ("Cycle Awareness Journey") mission.

"Voting in India is either personality or party driven. No one ever bothers to vote for a candidate on merit, like how honest he is or if he is a criminal," said Mr Das.

He engages with random members of the public and his customers alike, explaining to them the importance of exercising their democratic right to cast a ballot.

Mr Das said he spent Rs 10,000 out of his own pocket that he had earmarked for his four children's education to print thousands of flyers with his vision of India.

But he rejects taunts from friends and family that he is an eccentric who has squandered his kids' future, and argues that the money is also an investment in their lives.

Despite being a vibrant democracy, and the largest on the planet, critics point to the Indian system's many imperfections.

This includes the sometimes opaque selection process for candidates to parties bribing voters with cash, liquor and other freebies -- or resorting to violence.

Mr Das says his mission is to train people to screen each candidate carefully.

For this he has drafted a checklist -- which he wears -- of 10 points to look out for in a candidate, including their criminal past, honesty and spending habits. 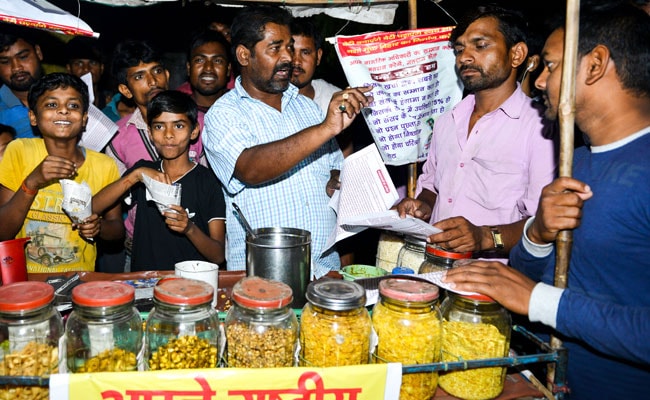 Lal Mani Das is an ordinary snack-hawker with a bicycle on a mission to exhort people to vote.

If candidates do not pass muster then he has a suggestion: Vote "NOTA" -- none of the above -- something that six million people did at the 2014 election, or 1.1 percent of votes cast.

Mr Das said it also pains him to see politicians fight inside parliament -- the "temple of democracy," he calls it -- instead of tackling matters of public concern.

"Should we elect a parliamentarian who goes to Delhi to fight instead of discussing our problems?" he tells a crowd of curious onlookers.

Forty-six bills failed to clear the house, while 133 bills were passed, many without parliamentary discussion.

One-third of the parliamentarians elected in 2014 had criminal charges against them, including seven charged with murder.

And he feels sour about the estimated 100 million people working away from their homes who are unable to vote because they have to be physically present in their registered hometown to cast their ballot.

If nothing works, he might himself jump into the election fray someday to improve the lot of India's 1.3 billion people.

"If people want me to contest the elections, I would be more than happy," said Mr Das, adding his only wish is to see India become a real democracy.