The Court directed the respondents to file reply within a period of four weeks. 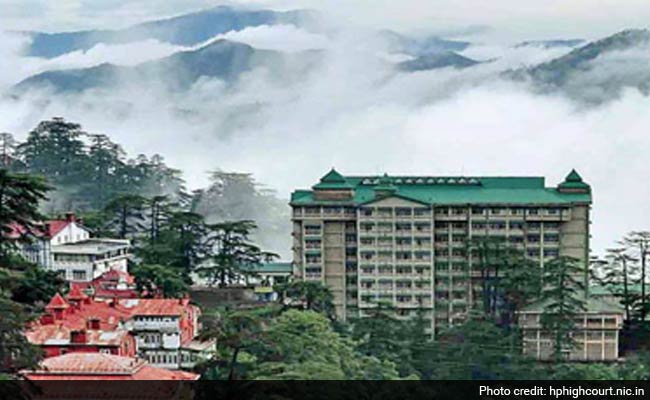 The Himachal Pradesh High Court on Wednesday issued notices to the Central and State Governments and other respondents in the matter regarding grant of forest clearance for Shimla Smart City Project.

The Court directed the respondents to file reply within a period of four weeks.

A division bench comprising the Acting Chief Justice Ravi Malimath and Justice Jyotsna Rewal Dua passed the order on a petition filed by Namita Maniktala. As per High Court PRO, the petition was converted by the Court into a Public Interest Litigation as the matter involves public interest.

The petitioner has alleged that a news item dated June 22, published under the title "Key Shimla Projects Delays-Forest Clearance Awaited", said that some of the developmental projects, which were required to be undertaken as part of Smart City Project were delayed for want of forest clearance under the Forest Conservation Act.

The petitioner has alleged that Smart City Projects include "lift and escalator at Lakkar Bazar, escalator to Jakhu Top, a smart path from Sanjauli to Indira Gandhi Medical College, Shimla, Vending Zone in Khalini, Krishna Nagar-Combermere Nallah and widening of work in Dhalli area."

She has also alleged that Shimla town is facing traffic hazards and various other problems pertaining to the pedestrians and commissioning of these projects is intimately connected with the Right to Life of the residents of the city in particular and the general public at large as they will make the life of the residents much easier.

The petitioner has alleged that these projects are being funded under the Smart City Missions of the Government of India and end of the deadline for completion of these projects shall cause irreparable loss and in case the same is not processed and decided, the funding for these vital projects may also lapse.

The court posted the matter after four weeks.