Assam BJP's stance on NRC comes amid outrage over Citizenship (Amendment) Act, or CAA, which many in the state believe will threaten indigenous identities, cultures and jobs as a result of an influx of refugees 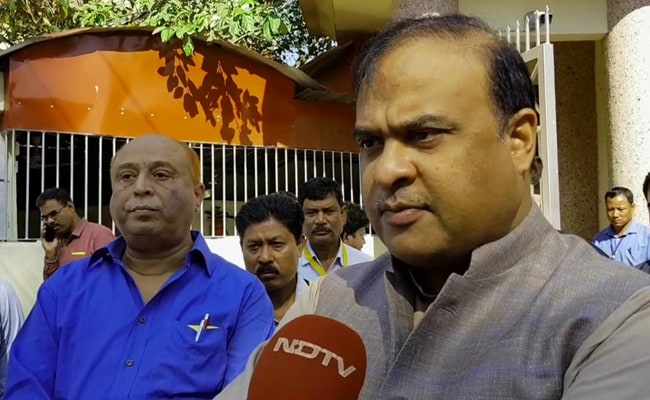 The ruling BJP in Assam appears to have backtracked from its previous position on the controversial National Register of Citizens (NRC), with Himanta Biswa Sarma, cabinet minister and party heavyweight from the North East, declaring his government will once again urge the Supreme Court for 20 per cent re-verification should the centre dump the NRC project. The top court had earlier turned down a request to re-check the results of August's citizens list that excluded 19 lakh people. The Assam unit of the BJP had rejected the list outright.

"If there is no national NRC, for Assam we have to have fresh NRC or revision of NRC... but we must wait for final decision of Supreme Court on review petition. Issue of Assam NRC is distinct from national NRC... we are not satisfied as government, many organisations are not satisfied," the Assam leader told reporters today.

On Sunday Prime Minister Narendra Modi implied that the nationwide rollout of the NRC - something repeatedly referenced by Home Minister Amit Shah - may not happen; he said the exercise had only been carried out in Assam after the Supreme Court's order.

The indication came amid spiralling nationwide protests over the equally controversial citizenship law that have left PM Modi and the BJP scrambling to put out fires.

The hint also appears to have unsettled their Assam wing, with Himanta Biswa Sarma declaring that if the top court refused to give the state "justice", "we will have to settle it at some forum".

When the final list was released on August 31, several BJP leaders raised concerns over the large number of Bengali Hindus excluded. At the time Mr Sarma said: "We are not interested in this NRC anymore".

"We still want Assam NRC to be scraped but if Supreme Court doesn't allow it we will push for a review. Assam NRC was initiated by former Prime Minister Manmohan Singh (of the Congress) and when Tarun Gogoi was Chief Minister. What we are doing is implementing it..." he added.

The NRC, first published in Assam in 1951, is being updated following Supreme Court orders to segregate Indian citizens living in Assam from those who have illegally entered the state from Bangladesh after March 25, 1971.

All of this also comes amid outrage in Assam over the Citizenship (Amendment) Act, or CAA, which many in the state believe will threaten indigenous identities, cultures and jobs.

Mr Sarma had earlier supported the Prime Minister's comment on detention centres where the 19 lakh excluded are being held; he said they were a special case and mandated by a High Court order.

"Assam has detention centre due to High Court order... centre has not set up any centre except in Assam. Many times it has been clarified that concept emerged from Gauhati High Court order and it has nothing to do with centre, so PM is correct," he said.