Police have arrested three accused including two minors in the rape case so far. One of them, who was arrested yesterday, has been identified as Saduddin Malik. 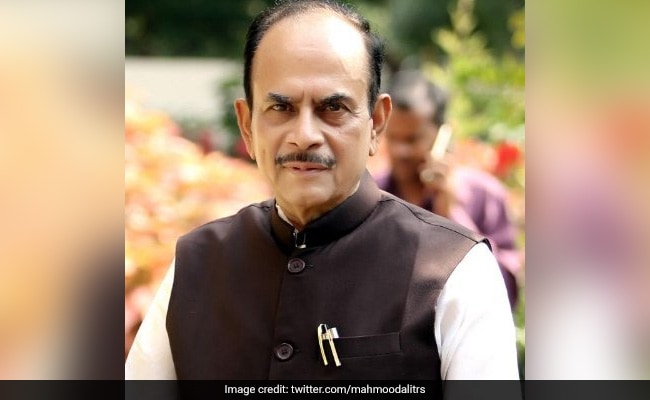 This comes after the BJP's demand to hand the case over to the CBI. (File)

Telangana Home Minister Mohammed Mahmood Ali on Saturday said that no leniency is being adopted in the Hyderabad gang-rape case while also clarifying that the state police department works without pressure and does not spare the culprits.

"Action is taken as per the complaint. No leniency is being adopted. Telangana Police works without pressure and doesn't spare culprits. It (arrest) took some time as there was a minor but our police work strictly," the Home Minister told media persons.

Sure @KTRTRS sir. It is a ghastly incident. Strong action will be taken against all the offenders, irrespective of their background. @TelanganaDGP & @CPHydCity have already been directed to make out efforts & arrest all the accused at the earliest & take strong action as per law. https://t.co/6I7XbCPiUy

This came after Telangana BJP chief Bandi Sanjay wrote to Chief Minister K Chandrashekhar Rao demanding that the Hyderabad gang-rape case be handed over to the Central Bureau of Investigation (CBI) and arrest all the accused involved.

Police have arrested three accused including two minors in the rape case so far. One of them, who was arrested yesterday, has been identified as Saduddin Malik.

A 17-year-old girl was allegedly gang-raped when she was returning home after a party in the Jubilee Hills area of Hyderabad on May 28. Following the incident, the minor girl's father submitted a complaint to the police regarding the incident.

After the victim's father filed a complaint, a police case was registered against five accused involved in the case under sections 354 and 323 of the Indian Penal Code and Section 9 read with 10 of the Protection of Children from Sexual Offences (POCSO) Act.

Demanding justice for the victim girl, the Jana Sena Party leaders and workers staged a protest at Jubliee Hills Police Station. They were later detained.

According to Deputy Commissioner of Police (West Zone) Joel Davis, police have recovered the CCTV footage and identified five culprits with the help of footage and the victim's statement.

The security footage, which went viral on social media, purportedly showed the girl standing with the suspected attackers outside the pub where she had met them. The boys, who offered to drop her home, assaulted her inside a parked car in the city. Her attackers took turns raping her while the others stood guard outside the car.