PM Modi in Singapore: PM Narendra Modi's meeting with Mike Pence comes at a time when there have been differences between the two countries over India's defence purchases from Russia and oil imports from Iran. 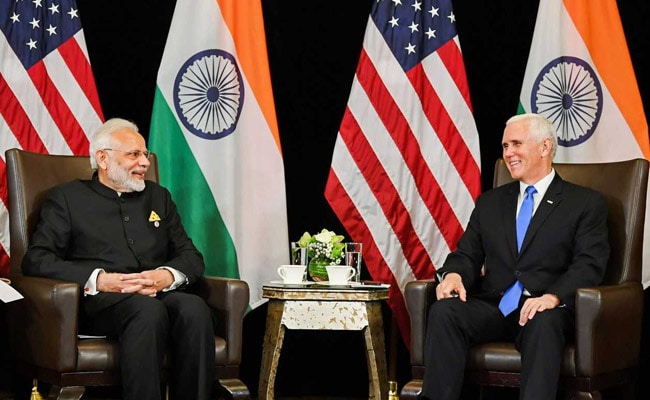 PM Narendra Modi has a series of high-profile meetings lined up in Singapore. (PTI)

Singapore: Prime Minister Narendra Modi and US vice president Mike Pence, who met in Singapore today, discussed countering terrorism. PM Modi said that the mainstreaming of 26/11 mastermind Hafiz Saeed in Pakistan should be a matter of serious concern not just to India and the US but to the international community. The two leaders met on the sidelines of the East Asia Summit. PM Modi, who reached Singapore early Wednesday morning, has a series of high-profile meetings lined up in the island nation. PM Modi is on a two-day visit during which he will attend the East Asia Summit, an ASEAN-India informal meet.

Here is your 10-point cheatsheet to PM Narendra Modi's visit to Singapore: