No arrests have been made but investigations are on based on Tanushree Dutta's FIRs, said the Mumbai police 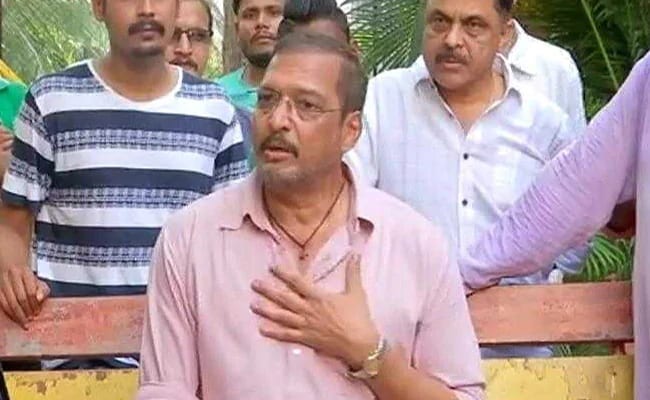 A case was registered against Bollywood actor Nana Patekar, late on Wednesday night, over allegations of sexual harassment made by Tanushree Dutta, his costar in a 2008 film. Ms Dutta filed the First Information Report (FIR) against Mr Patekar at Mumbai's Oshiwara Police Station.

Besides Mr Patekar, FIRs have also been lodged against director Rakesh Sarang, producer Sami Siddiqui and choreographer Ganesh Acharya, who were part of the 2008 film.

"We have registered a case against Mr Patekar and others under section 354 (Assault or criminal force to woman with intent to outrage her modesty) and 509 (Word, gesture or act intended to insult the modesty of a woman) of IPC," Additional Commissioner of Police, Manoj Kumar Sharma told news agency PTI.

"As of now no arrests have been made and we are investigating the case and inquiries are on," said Mr Sharma.

Ms Dutta's lawyer Nitin Satpute accompanied her to the police station, where she recorded her statement. "The statement of Tanushree Dutta has been recorded in English so that she can understand the language. They were writing the statement in Marathi. However, we requested them to write it in English so that what happened 10 years ago would not happen again." Mr Satpute told news agency ANI.

Yesterday Mr Satpute also submitted a 40-page document on Ms Dutta's behalf to the Mumbai police and the Maharashtra State Women's Commission, in support of her allegations against Mr Patekar and others. The women's commission has asked Mr Patekar to appear before it or file his response in the next 10 days.

Mr Patekar has rejected the allegations of sexual harassment on the sets of 'Horn Ok Pleasss', while shooting for a special dance number for the film. The actor has sent a legal notice to Ms Dutta and also demanded a written apology.

The #MeToo movement in India gained momentum after Ms Dutta spoke out against Mr Patekar two weeks ago. Since then, several in the entertainment and media industry including actor Alok Nath, filmmaker Vikas Bahl, singer Kailash Kher, poet-lyricist Vairamuthu and editor-turned-politician MJ Akbar have been outed as alleged sexual predators.