"We believe that this is an opportunity for the film industry to introspect and take concrete steps towards change," tweeted Aamir Khan 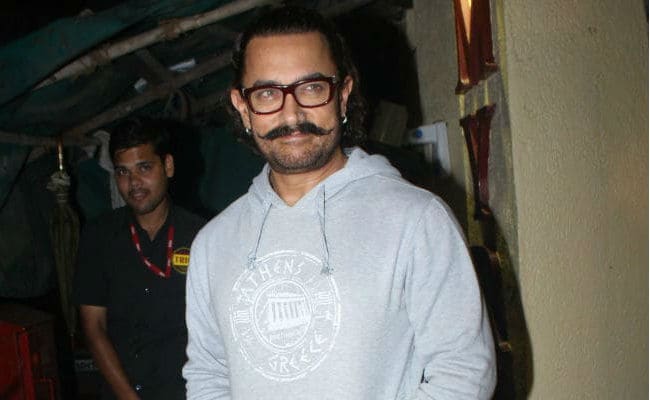 In the wake of #MeToo movement, Aamir Khan and his wife Kiran Rao have decided to "step away" from a film - what appears to be their next production venture. On Wednesday, Aamir issued a statement on Twitter, in which he stated that his production company Aamir Khan Productions has a "zero tolerance policy towards sexual misconduct and predatory behaviour of any kind. Aamir Khan, who is busy with promotional duties of Thugs Of Hindostan, had earlier confirmed he was producing the Gulshan Kumar biopic. The untitled film was to be directed by Subhash Kapoor, who was accused of molestation by actress Geetika Tyagi back in 2014, according to an IANS report.

Since Aamir hasn't taken any name, it is unsure if he was hinting at him or somebody else. Aamir wrote: "Two weeks ago, when traumatic #MeToo stories began emerging, it was brought to our attention that someone we were about to begin work with has been accused of sexual misconduct. Upon enquiry we found that this particular case is subjudice, and that the legal process is in motion."

"We are not an investigative agency, nor are we in any position to pass judgement on anyone - that is for the police and judiciary to do. So, without casting any aspersions on anyone involved in this case, and without coming to any conclusions about these specific allegations, we have decided to step away from this film," read an excerpt from Aamir Khan's tweet.

Mr Khan notes in his statement that the film industry must start working towards creating a "happy and safe" work environment for women and added, "We believe that this is an opportunity for the film industry to introspect and take concrete steps towards change. For far too long women have faced the brunt of sexual exploitation. It has to stop. In this regard we are committed to doing any and everything to make our film industry a safe and happy one to work in."

When Aamir Khan was asked about the Tanushree Dutta-Nana Patekar controversy, a few weeks ago, Aamir dodged the question diplomatically and said, "Without knowing the veracity of something, it's not right for me to comment on it. But whenever something like this does happen, it's a sad thing. Whether this has happened, that is for people to investigate," reported news agency ANI.