"If she asks us to reinvestigate the matter then we have told her that we will offer all possible support," said Cine and TV Artists Association 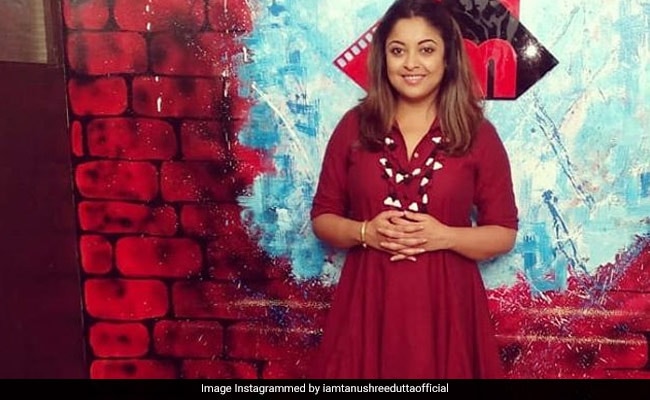 Cine and TV Artists Association or CINTAA, the film body that said a few days ago it was sorry nothing had been done about the alleged sexual harassment of Tanushree Dutta 10 years but that it couldn't do anything now either, appears to have had a change of heart. A CINTAA official told news agency PTI that they will, in fact, reinvestigate if Ms Dutta wants them to and that they will also hear out Nana Patekar, Ms Dutta's alleged harasser, in the interest of a 'fair and unbiased' inquiry. This volte face follows the police complaint Ms Dutta filed over the weekend against Mr Patekar, who denies the charges, and choreographer Ganesh Acharya.

"If she asks us to reinvestigate the matter then we have told her that we will offer all possible support. But she has not yet officially come to us. Although we have spoken and written to her (regarding the matter) she is yet to revert," Amit Behl, Senior Joint Secretary, CINTAA, told PTI. "But we also want to hear Nana's side of the story. We have sent a communication to Nana also," Mr Behl added. CINTAA officials met Tanushree Dutta on October 3, PTI reports. Days earlier, the film body apologised to Ms Dutta for having failed to investigate her complaint of alleged harassment made 10 years ago but also claimed that their rules didn't allow them to revisit cases older than three years. It appears now that rules are meant to be broken.

Tanushree Dutta alleges that Nana Patekar behaved inappropriately while they were filming a song in 2008 and then used political connections to send goons after her when she rejected his advances. She accuses Ganesh Acharya, director Rakesh Sarang and producer Samee Siddiqui of complicity. Ms Dutta renewed her allegations two weeks ago, after which Mr Patekar sent her a legal notice demanding she apologise. Over the weekend, she went to the police.

Today, Nana Patekar, who denies the allegations, said that he had been instructed by his lawyer not to speak to the media but reiterated that "the truth is the truth." Mr Patekar is currently filming Housefull 4 with actor Akshay Kumar, whose wife Twinkle Khanna and other celebrities have publicly supported Tanushree Dutta.

Tanushree Dutta's version of events have been partly backed by two women who were on set in 2008, a journalist and a crew member who was then an assistant director. Ms Dutta eventually quit the film in question.

Ms Dutta's allegations triggered a firestorm of #MeToo allegations, many of them on social media. Apart from Nana Patekar, film industry members Vikas Bahl, Kailash Kher and Rajat Kapoor have also been accused of harassment and misconduct. Actor Hrithik Roshan, whom Mr Bahl is directing in Super 30, has said that a 'harsh stand' will be taken against the filmmaker if he is proved guilty - Mr Bahl's former business partners Anurag Kashyap and Vikramaditya Motwane have said in tweets that they believe he is.