Decision Over Tanushree Dutta A Decade Ago 'Regrettable', Says CINTAA

"After going through Ms Tanushree Dutta's complaint, we feel that the decision taken in was not appropriate," said a statement from CINTAA 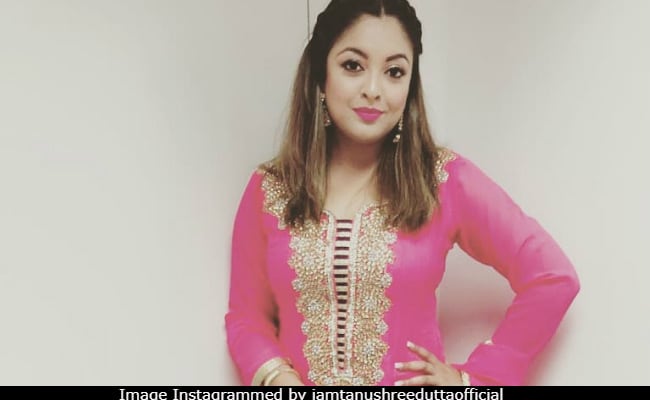 Tanushree Dutta's complaint was inappropriately evaluated by CINTAA's then functioning committee a decade ago, said a statement from Cine And TV Artists' Association on Tuesday, reported news agency PTI. In 2008, the 34-year-old actress opted out of Rakesh Sarang's film Horn 'OK' Pleassss citing harassment on the part of a senior actor, who she recently publicly named to be Nana Patekar for the first time in several interviews, one of them to NDTV. After her exit from the film, Tanushree brought the matter to CINTAA's notice but the actress' "chief grievance", as was mentioned in the complaint, wasn't dealt upon at the time, read the statement from CINTAA.

"After going through Ms Tanushree Dutta's complaint, which was filed with the then Executive Committee of CINTAA in March 2008, we feel that the decision taken in the Joint Dispute Settlement Committee of CINTAA and IFTPC (then known as AMPTPP) in July 2008 was not appropriate, as the chief grievance of sexual harassment wasn't even addressed," read an excerpt of the statement issued by CINTAA. The association, however, "strongly condemns any act that outrages the modesty of any individual and any form of sexual harassment is unacceptable to us."

The statement adds that though Ms Dutta's complaint was handled by a separate committee, the current authorities at the organisation strongly condemns the alleged happenings. However, CINTAA cannot reopen the investigation on the case again in adherence to its guidelines: "Highly regrettable and no apologies can suffice, hence we must resolve today to never allow such lapses to occur again. CINTAA stands strongly for the dignity and self-respect of its members. Sexual harassment is a serious criminal offence; unfortunately CINTAA's Constitution bars us from taking up any case which is more than three years old," read the statement.

"Hence we appeal to the authorities to take cognisance of Ms Dutta's statements and conduct an impartial and speedy enquiry so that truth and justice may prevail. We also appeal to all our members to report any such incidents to us immediately. We are duty bound to give them our complete moral and legal support to ensure just and safe working conditions," the statement added.

Tanushree Dutta, who had moved to the US and recently returned to India, re-opened the decade-old controversy after she alleged Nana Patekar of harassing her during the filming of a song sequence on the sets of the 2008 film. In her allegations, she added even though the industry insiders allegedly knew about Nana Patekar's reportedly indecent behaviour with women, no one spoke about it. Ms Dutta has also named director Rakesh Sarang, choreographer Ganesh Acharya and producer Sami Siddique as "culprits."

On Friday, Mr Patekar's advocate Shirodkar said that they were sending a legal to Ms Dutta demanding an apology. Speaking to ANI in separate interviews on Tuesday, Ms Dutta claimed she's not yet received any legal intimation from Nata Patekar and that she's been threatened with violence by Raj Thackeray-led Maharashtra Navnirman Sena (MNS). Previously, Tanushree allegedly that her car was attacked and vandalised with her parents inside it by political goons at the behest of Nana Patekar, after she refused his unwelcome advances.

As Tanushree Dutta started her own #MeToo battle against Nana Patekar, celebrities such as Priyanka Chopra, Twinkle Khanna, Farhan Akhtar, Renuka Shahane and Richa Chadha have voiced their support for Tanushree. However, when asked about the controversy, the matter was diplomatically tackled by the likes of Amitabh Bachchan, Aamir Khan and Salman Khan.