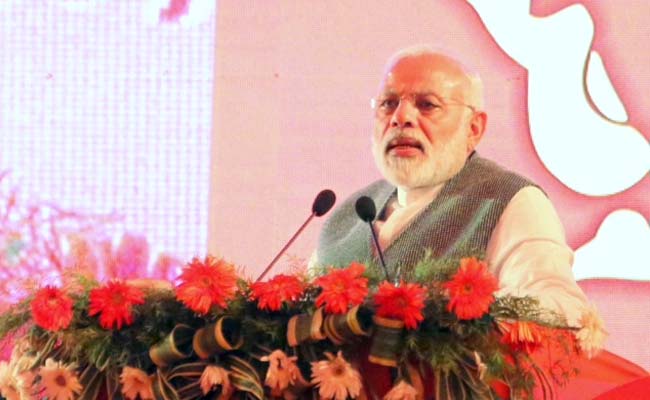 Some much-awaited defence deals are expected to be firmed up during PM Modi's visit to Israel.

New Delhi: A raft of mega defence deals including procurement of an air defence system for the Indian Navy are likely to be sealed during Prime Minister Narendra Modi's upcoming visit to Israel which will be first by an Indian Prime Minister to the Jewish nation.

Ahead of the visit, which is likely to take place in July, Israeli envoy Daniel Carmon said it will be a "big" visit, reflecting the depth of cooperation between the two countries in a range of key areas.

The much-awaited deal for Barak-8 air defence missile systems for the navy and procurement of Spike anti-tank missiles for the Indian Army are expected to be firmed up during PM Modi's visit to Tel Aviv.

"India, Israel relations are big enough. The visit, when it takes place, will be a very very important visit. It will be one of the most important visits that Israel has witnessed in many many years," Israeli Ambassador Daniel Carmon told PTI in an interview.

PM Modi's visit coincides with the establishment of 25 years of diplomatic relations between the two countries. A number of other defence deals are also likely to be discussed.

Asked about specific defence deals, the envoy only said the relationship has gone beyond buying and selling and that the two countries are now focussing majorly on joint research and development.

"Israel has very good relations with India and the relationship has various facets including defence," he said.

People familiar with defence relations say the two multi-billion dollar acquisition deals are likely to be finalised during the PM Modi's trip. India is the largest buyer of Israel's military hardware and the latter has been supplying various weapon systems, missiles and unmanned aerial vehicles over the last few years but the transactions have largely remained behind the curtains.

In February, India had cleared a Rs 17,000 crore deal for jointly developing with Israel a medium-range surface-to-air missile (MR-SAM) for the army. A formal announcement on the deal is likely to take place during PM Modi's maiden trip.

Promoted
Listen to the latest songs, only on JioSaavn.com
Mr Carmon said ties between the two countries have expanded manifold in the last few years in diverse sectors and both countries are resolved to deepen the engagement further.

"We are really talking about things which are very very deep. Much deeper than the deliverables," he said.