Lawyers did not obstruct the Crime Branch from filing the chargesheet on the rape and murder of an eight-year-old girl in Kathua: Bar Council of India 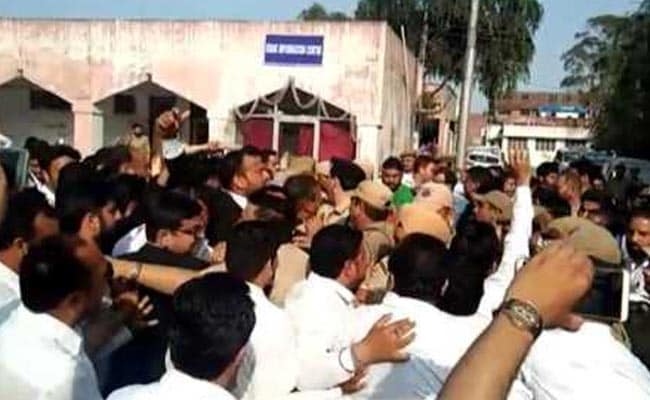 Earlier this month, lawyers in Kathua blocked Crime Branch from filing the chargesheet

Srinagar: The allegation that lawyers tried to block the police from submitting the chargesheet on the gang-rape and murder of an eight-year-old girl in Kathua in Jammu and Kashmir is "media misreporting", a top lawyers' body has said.

"At no point of time did the lawyers of the Kathua bar association restrict any official of the Crime Branch from filing a report before the appropriate court," the Bar Council of India told the Supreme Court in a report.

"The media has misreported the entire episode, especially related to the conduct of the advocates of Kathua Bar Association and Jammu High Court Bar Association," said the report.

After blocking the court on April 9, the Kathua bar association had said that "agitation of the Bar was successful and Crime Branch was compelled to go back and the Challan could not be presented in the Court of Chief Judicial Magistrate".

A day later, the Principal District & Sessions Judge Kathua submitted report to J&K High Court, saying lawyers resorted to intense protests against the Crime Branch and did not allow officials to file the chargesheet in court.

In his report, Judge Sanjeev Gupta said that even after the court hours were over, the lawyers continued their protests outside the residence of the chief judicial magistrate. 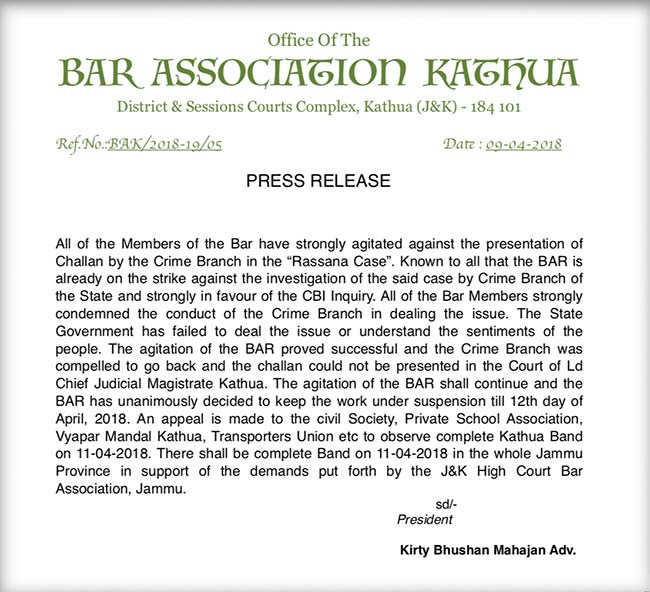 A statement by the Kathua Bar Association

Based on the report submitted by Sessions Judge, an affidavit has been filed by the registrar general of the Jammu and Kashmir High Court in the Supreme Court.

In his affidavit, Sanjay Dhar, the Registrar General of Jammu and Kashmir High Court says that due to obstruction caused by lawyers of Kathua, the chargesheet had to be filed at the residence of the Chief Judicial Magistrate.

"The obstruction was caused by advocates of Bar Association Kathua at the time of presentation of Challan during court hours," reads the affidavit. "The accused had to be produced before the chief judicial magistrate at his residence after 7.45 pm".

Lawyers in Jammu and Kathua have been protesting against Crime Branch investigations and demanding that the case be handed over to CBI. The Crime Branch probe was monitored by the High Court.

Promoted
Listen to the latest songs, only on JioSaavn.com
Eight people, including four policemen, have been arrested in the case. The Crime Branch says that the girl child was raped and murdered to create fear and drive the nomadic Muslim tribe out of Kathua.

The Bar Council of India has said in its report that the demand for a CBI probe "appears to be justifiable".