By dominating the heights, Indian infantry forces are in a position to engage Chinese armour and troop formations with anti-tank guided missiles, rockets and other weapons. 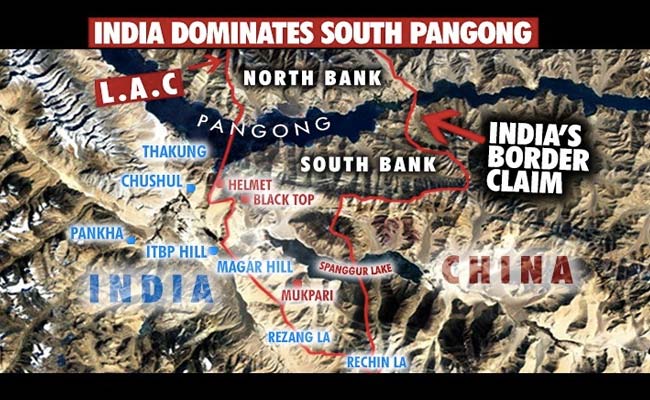 The Indian Army has reinforced its own tank formations in the area.

There has been a major force build-up of Chinese tanks and infantry forces in the South Pangong region of Eastern Ladakh after the Indian Army seized the initiative and gained control of several key heights in the area on August 30. Given the range of their guns, Chinese artillery would be located in 'depth' positions, more than twenty kilometres away from the Line of Actual Control.

Source have indicated to NDTV that the presence of additional tank forces has been detected not too far from Chinese positions in Moldo in South Pangong. However, the movement of Chinese heavy weaponry continues to be well sighted by the Indian Army ''which dominates the heights from Thakung to beyond Mukpari.'' This includes control of both shoulders of the crucial Spanggur Gap, a high-altitude pass that spans more than two kilometres in width through which tanks can operate.

The Indian Army has reinforced its own tank formations in the area, and deployed additional forces to shore up the heights that it holds along the disputed Line of Actual Control in the region. 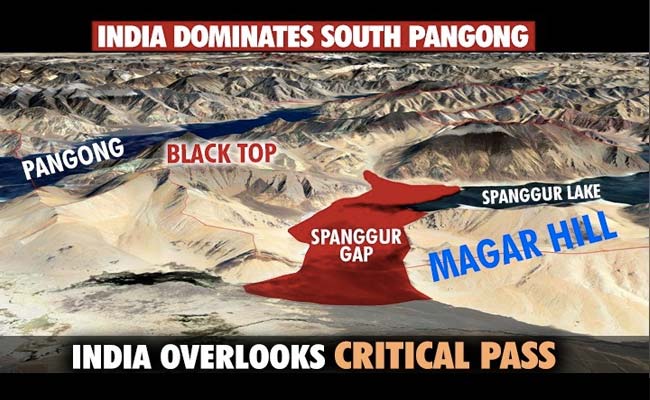 NDTV has learned that despite the over-all domination of Indian forces in the region, the Chinese Army continue to hold positions on Black-Top and Helmet, two features on the Chinese side of the Line of Actual Control. Multiple sources have told NDTV that both positions are within the range of Indian soldiers who occupy near-by heights and hold ground at the base of these features. In other words, any lengthy maintenance and replenishment of these Chinese posts would be challenging.

There has been heavy air activity as well along the Line of Actual Control with the Chinese Air Force stepping up its fighter deployment from both the Ngari-Gunsa and Hotan air bases in Tibet. The bulk of the Chinese fighter-flying has been done by home-built versions of the Sukhoi 30 fighter which also happens to be the mainstay of the Indian Air Force.

"We are sure that the problem can be resolved fully through talks," the Army chief added.

The Indian Air Force, which is heavily deployed at multiple air bases across North India would respond to Chinese air activity by flying its own combat-sorties across the Line of Actual Control.

It is also unclear if combat aircraft of either sides have made aggressive attempts to lock their fire-control radars on each other, a prelude to firing air to air missiles. The Chief of Air Staff, Air Chief Marshal RKS Bhadauria visited Indian Air Force bases in the Northeast yesterday.