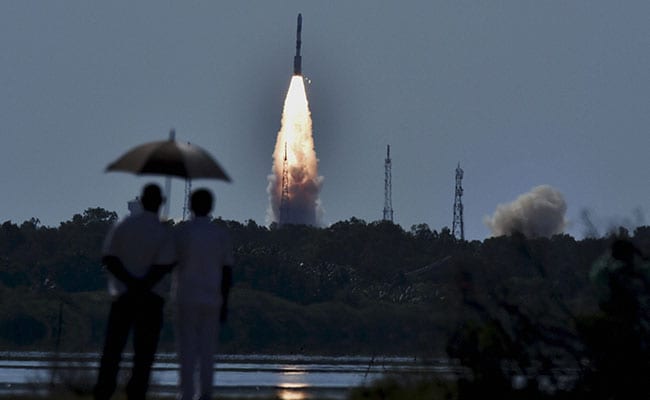 The cube-shaped academic satellite developed by the students of COEP was successfully launched in orbit along with 19 others by ISRO on Wednesday. (PTI Photo)

Pune: Congratulating the students and faculty of College of Engineering (CoEP) in Pune for successful launch of their satellite 'Swayam', Maharashtra Education Minister Vinod Tawde on Friday said the state government will finance the next satellite project of the institute.

The cube-shaped academic satellite developed by the students of COEP was successfully launched in orbit along with 19 others by ISRO on Wednesday.

"With Swayam in space, the students and faculty members, who burnt the midnight oil to make this happen, have added another feather in the college's cap. I congratulate the students for their astounding feat," he said.

Mr Tawde was at the 162-year-old premier institute, an autonomous body of Maharashtra government, to felicitate the students and faculty members for their feat.

He said the Higher and Technical Education Department will provide Rs 50 lakh for CoEP's next satellite project.

"Research work should not get affected by lack of funds. The state government will allot substantial funds for research projects at the college level," he said.

As per the college, ISRO has approved a second satellite which will be powered by solar energy and three times the size of 'Swayam'.
Comments
SwayamCollege of Engineering PuneSecond Satellite Of Pune College