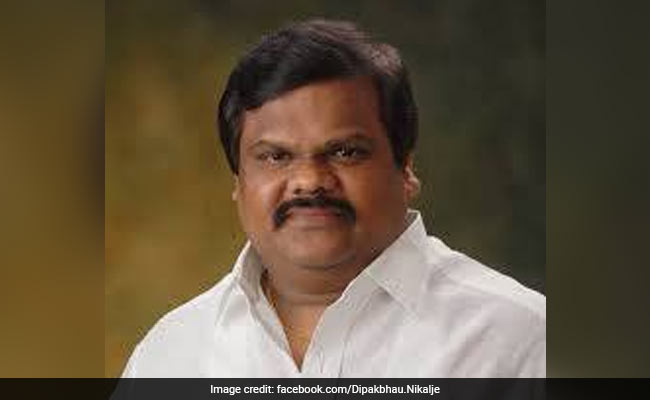 Maharashtra Election 2019: Ramdas Athawale had announced the name of Deepak Nikalje on Wednesday

A day after the Republican Party of India (Athawale) fielded Deepak Nikalje, the brother of jailed underworld don Chhota Rajan from Phaltan in Satara district for the October 21 assembly polls, the party on Thursday changed its candidate from the seat in Western Maharashtra.

The RPI (A) is an ally of the BJP. The RPI, led by Union minister Ramdas Athawale, has been given six seats as part of the seat-sharing deal between the BJP, Shiv Sena and other smaller allies for the October 21 state elections.

Ramdas Athawale announced the candidates, including the name of Deepak Nikalje, in Mumbai on Wednesday.

"Agawane, who is a local RPI (A) leader, has been announced as the party's candidate from Phaltan," said Avinash Mahatekar.

He said Mr Agawane will contest the election on BJP's ''lotus'' symbol. The minister said though Deepak Nikalje was from Phaltan, he never lived there.