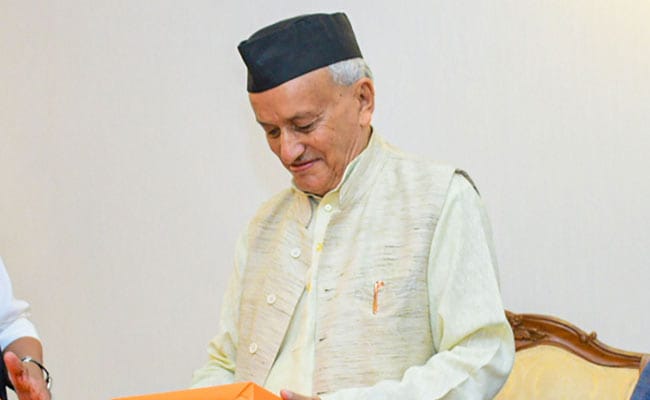 Governor Bhagat Singh Koshyari's move to declare President's Rule in Maharashtra is a "travesty of democracy" and makes a mockery of the Constitutional process, the Congress has declared. In a series of tweets, Congress spokesperson Randeep Surjewala gave a multi-point explainer" on how it is a "violation" of the SP Bommai judgment.

CPM General Secretary Sitaram Yechury also said the imposition of President's rule in Maharashtra was undemocratic and unconstitutional. "It violates the core of Supreme Court judgment in the Bommai case, which said the only place to test majority is the floor of the house".

The judgment, delivered by the Supreme Court in 1994, discussed at length the Constitution's Article 356, under which President's Rule can be imposed. It is considered the gold standard, protecting state governments from a hostile centre.

The court had maintained that the power of the President to dismiss state governments was not absolute and whether a party has the numbers cannot depend on the subjective opinion of the Governor and must be established by a test of strength in the assembly.

"In absence of any single party having majority In Maharashtra, Gov should have called; 1. Single largest pre poll alliance i.e BJP-Shiv Sena together; Then 2. Second largest post poll alliance i.e Congress-NCP;" one of the tweets read.

"3. In case Gov called individual parties, why did he not call INC? And above all; 4. Why the completely arbitrary allotment of time? 48 hours to BJP, 24 hrs to Sena & not even 24 hours to NCP, before the Presidents Rule" another tweet read.

Since Saturday, when the term of the Maharashtra legislative assembly ended, the Governor had invited three parties to stake claim to government formation.

When the single largest party, the BJP, refused, unable to resolve the tussle with Shiv Sena over power share, the Governor invited the Sena, which is the second largest party.

But yesterday, he turned down the Sena's request for an extension of the time window, and issued an invitation to Sharad Pawar's Nationalist Congress Party, which has been in talks with the Sena and the Congress. As the NCP too requested for an extension of time this morning, the Union Cabinet, at a meeting, recommended imposition of President's Rule in the state.

The Governor's refusal of an extended time has been challenged in the Supreme Court by the Shiv Sena. In its petition, the party said the decision was "unconstitutional, unreasonable and malafide" and accused the Governor of working at the behest of the BJP.