Lok Sabha Election 2019 Phase 7: Bihar Chief Minister Nitish Kumar said there should not be a "huge gap between two phases".

Uttar Pradesh Chief Minister Yogi Adityanath and Bihar Chief Minister Nitish Kumar were among the early voters this morning as polling began in 59 parliamentary constituencies across seven states and one union territory. After casting his vote in Patna, Nitish Kumar said there should not be a "huge gap between two phases".

"The elections should wrap up early so that it is convenient for voters. It's very hot," Mr Kumar said. "Elections should not be held over such a long duration. There was a long gap between each phase of voting. I will write to leaders of all parties to build a consensus on this," he added. The seven-phased national elections began on April 11 and the votes will be counted on May 23.

In Yogi Adityanath's stronghold of Gorakhpur, the BJP has fielded Bhojpuri actor Ravi Kishan. "Polling has begun for the last phase of the national election in the world's largest democracy. I am glad I am participating in this festival of democracy as I vote in Gorakhpur. People have made it clear that only those who work for public welfare will get elected again," Yogi Adityanath told reporters after voting. 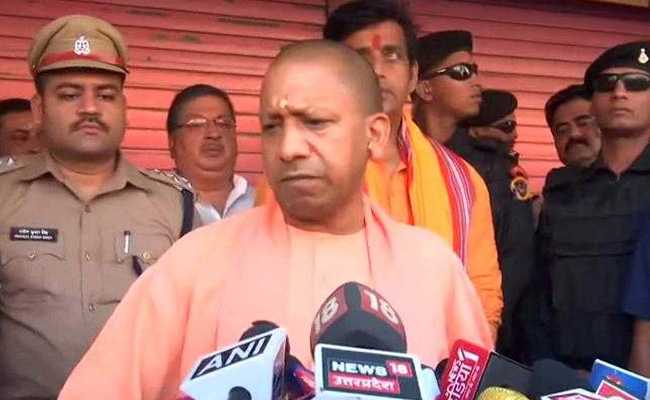 Gorakhpur, which has been represented by Yogi Adityanath five times, had always been a BJP stronghold. However, in the bypolls held last year, the grand alliance in the state -- comprising the Samajwadi Party, the Bahujan Samaj Party (BSP) and the Rashtriya Lok Dal (RLD) -- defeated the party in a surprise upset.

"It has been ensured that polling in the state (Uttar Pradesh), which sends maximum lawmakers to the parliament, has so far been peaceful," Yogi Adityanath said.

In the seventh phase, the ruling BJP has the most at stake as it won 30 of 59 seats in the 2014 polls. Prime Minister Narendra Modi's parliamentary constituency Varanasi, Patna Sahib in Bihar are among the key seats polling in this phase.