PM Modi Kolkata Rally: Prime Minister Narendra Modi is addressing a rally a Siliguri, West Bengal, today. He will then head to Kolkata to address another rally. 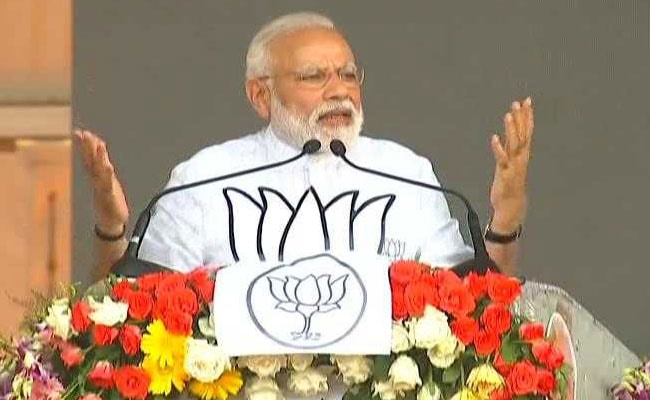 Prime Minister Narendra Modi addressed a public meeting at Pasighat in East Siang district of Arunachal Pradesh. The election rally was held at Pasighat Stadium. With electioneering gaining momentum for the simultaneous Lok Sabha and assembly polls in Arunachal Pradesh, political parties are banking on star campaigners, social media platforms and door-to-door visits to woo voters in the northeastern state.

PM Modi also launched his campaign for the upcoming 2019 Lok Sabha elections in West Bengal by addressing a mega rally in north Bengal's Siliguri today. He also addressed another rally at the Brigade Parade Ground in Kolkata.

Here are the Highlights from PM Modi's rally: 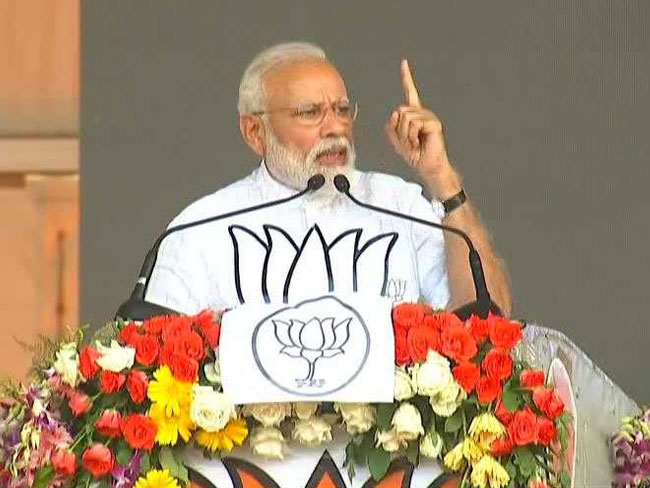 WATCH | "Whatever has been done in last five years was possible only because of your blessings": PM Modi in Kolkata

Apr 03, 2019 14:13 (IST)
PM Modi in Siliguri, West Bengal:
On Security Forces: AFSPA is a protective shield for the country's soldiers so that they can take any step for the security of the country fearlessly. But the Congress wants to snatch it away from the army. Be assure that Modi is here, who will not let any intruders walk away.
Those who are doing vandalism on the payroll of the TMC, I want to warn them that they should leave all this, otherwise as soon as the BJP forms a government here, they will be straightened, says PM Modi.
Apr 03, 2019 13:52 (IST)
PM Modi speaks in Siliguri, West Bengal:
On Mamata Banerjee: There is a speed breaker in West Bengal, which you know by the name of "Didi"... This "Didi" is the speed breaker of your development. If poverty is eliminated, Didi's policies will be scrapped, he says. There was a chit fund scam in West Bengal and "Didi's" ministers, officials and aides ran away with the money of my poor brother and sisters. They have looted the poor people.
On Ayushman Bharat Scheme: Recognising the concern of the poor, the NDA government at the Centre launched the Ayushman Bharat Scheme, PM Modi says. We told the poor people that in case of sickness, they will be treated free of cost upto Rs 5 lakh at hospitals and they won't have to spend a single penny. But what did the "speed breaker didi" do? She put a break on a scheme which would have helped the poor.
On farmers: Didi has also put a break on the development of more than 70 lakh farmer households in West Bengal. Money is being directly transferred to the farmers' bank accounts under the PM Kisan Samman Yojana in various states of the country.
I am waiting for this "speedbreaker" to go so development can gather speed, he says.
Apr 03, 2019 11:20 (IST)
To protect and develop Arunachal Pradesh, you need to ensure that NDA forms govt at the Centre, PM Modi tells people.

WATCH | "Not a manifesto, but a fraud": PM Modi attacks Congress#ElectionsWithNDTV#LokSabhaElections2019pic.twitter.com/vNHs3TkqfP

Apr 03, 2019 11:07 (IST)
Prime Minister Narendra Modi slams Congress:
Apr 03, 2019 11:04 (IST)
PM Modi on Congress manifesto:
Just like them (Congress), their manifesto is corrupt and full of lies. Therefore, it should be called hypocrisy document, not a manifesto.