Tamil Bigg Boss will mark Kamal Haasan's television debut. The show will reportedly air at 9 pm on weekdays and 8.30 pm on weekends. Participants, who are usually celebrities, are expected to be 15 in number 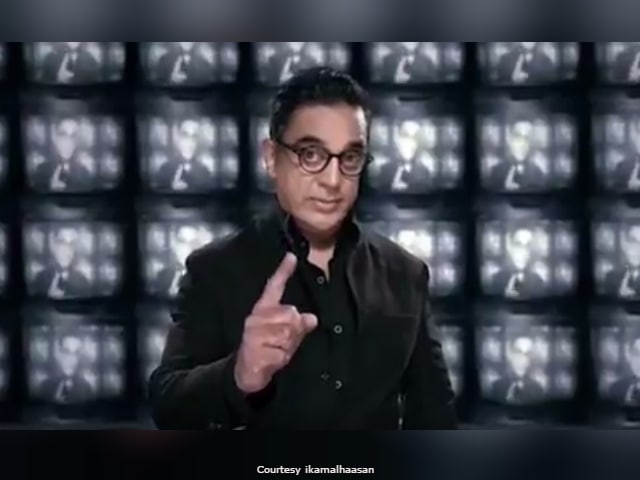 New Delhi: Kamal Haasan is all set to take over television as the host of the Tamil version of reality show Bigg Boss. The superstar shared the first glimpse of the show on Twitter with a trailer, in which he says: "I will be watching you." Kamal Haasan, who has worked in movies in a decade spanning over 50 years, says in the trailer that people in real life wear more masks than the roles he has played so far. Mr Haasan wraps the trailer by highlighting that the contestants of the new show will be monitored by 30 cameras and there's no escaping them. 'Big Boss trailer for you on Twitter,' Kamal Haasan wrote on Friday evening.

The Tamil version of the reality show will debut in mid-June and will be aired on Vijay TV, the channel which had also officially announced the show's arrival. Earlier, Mr Haasan was quoted Best Media Info as saying, "When Vijay TV approached me to play host, I funnily quipped, who better than me right. All my life I have been under constant watch and I have been judged on whatever I have done, public or private. But now roles are reversed as I would stand with the audiences and watch these celebrities in the house survive this ordeal."

Bigg Boss will mark Kamal Haasan's television debut. The show will reportedly air at 9 pm on weekdays and 8.30 pm on weekends. Participants, who are usually celebrities, are expected to be 15 in number.

Promoted
Listen to the latest songs, only on JioSaavn.com
Bigg Boss, the Hindi version, is hosted by Salman Khan and recently concluded its tenth season. Bigg Boss is actually the Indian version of international series Big Brother.