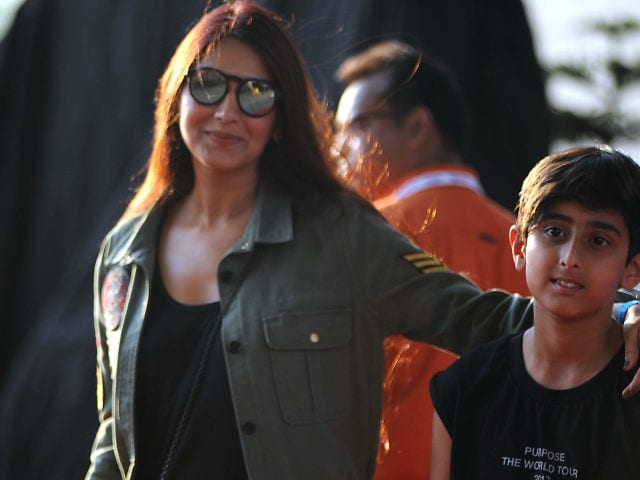 New Delhi: Justin Bieber's massively publicized concert was badly managed, say some who attended and came away less than impressed. Actress Sonali Bendre is trending for tweeting that she "missed the efficiency of Wizcraft" and hashtagging her post #wasteoftime - Ms Bendre attended the concert with her son, 11-year-old Ranveer. She's not entitled to diss a global superstar's performance, it seems - Ms Bendre has been roundly trolled for her tweet, posted below, with comments like "Concert was more hit than your career," "Flop actress" and "Your movies are a #wasteoftime." Sonali Bendre, 42, has starred in films such as Sarfarosh, Kal Ho Naa Ho and Hum Saath Saath Hain but hasn't had a major role since 2004's Telugu film Shankar Dada MBBS.

Sonali Bendre isn't the only one complaining that the concert was a 'waste of time' - fans are outraged that Justin Bieber, who is midway through his Purpose tour, lip-synced all but four of the 22 songs he performed. Many fans paid astonishingly high sums for their tickets and queued up for several hours to hear the singer, who went on at 8 pm. Once inside, the exorbitantly priced water and other beverages - water cost between Rs 100 and Rs 150 per bottle, a glass of coke cost Rs 100 - also raised temperatures, and we don't mean the sweltering heat of Mumbai.

Promoted
Listen to the latest songs, only on JioSaavn.com
Sonali Bendre wasn't even the only celebrity to have been left disappointed. Bipasha Basu and her husband Karan Singh Grover arrived late and then left because of parking problems - organisers apparently failed to provide them with a VIP car pass.

Justin Bieber has reportedly left India instead of staying to visit New Delhi, Jaipur and Agra as he was meant to do. This is being blamed on bad management as well.