At Justin Bieber's Concert, 2 Kinds Of Celebs: 'Beliebers' And Parents Of 'Beliebers' 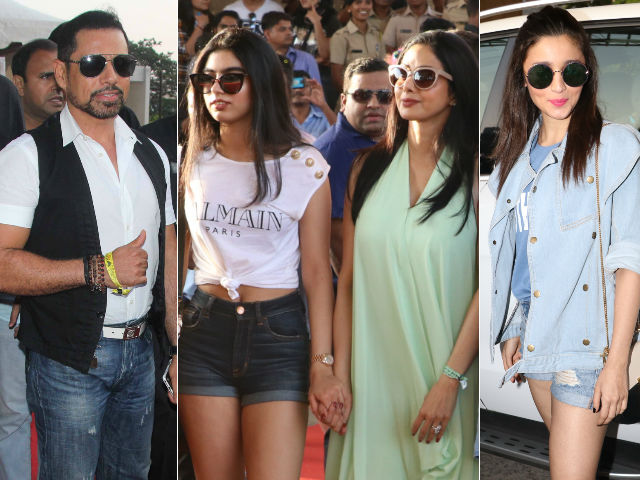 New Delhi: There were two kinds of celebrity 'Beliebers' (as Justin Bieber's fans are nicknamed) at last night's concert in Mumbai's DY Patil stadium - A) Actual 'Beliebers' and B) famous parents of 'Beliebers.' Justin Bieber's maiden India concert concluded with a bang on May 10 and the celebrity footfall and their Beiber mania rivaled that of the non-celebrity 'Beliebers.' Some celebrities joined the crowd and sang till their throat was sore while some celebs accompanied their kids, who did the same. Alia Bhatt, Huma Qureshi, Pooja Hegde, entrepreneur Robert Vadra and Shiv Sena youth wing leader Aditya Thackeray were category 'A' while Sridev, Raveena Tandon, Sonali Bendre, Arjun Rampal and Malaika Arora and Arbaaz Khan fall into category 'B.' 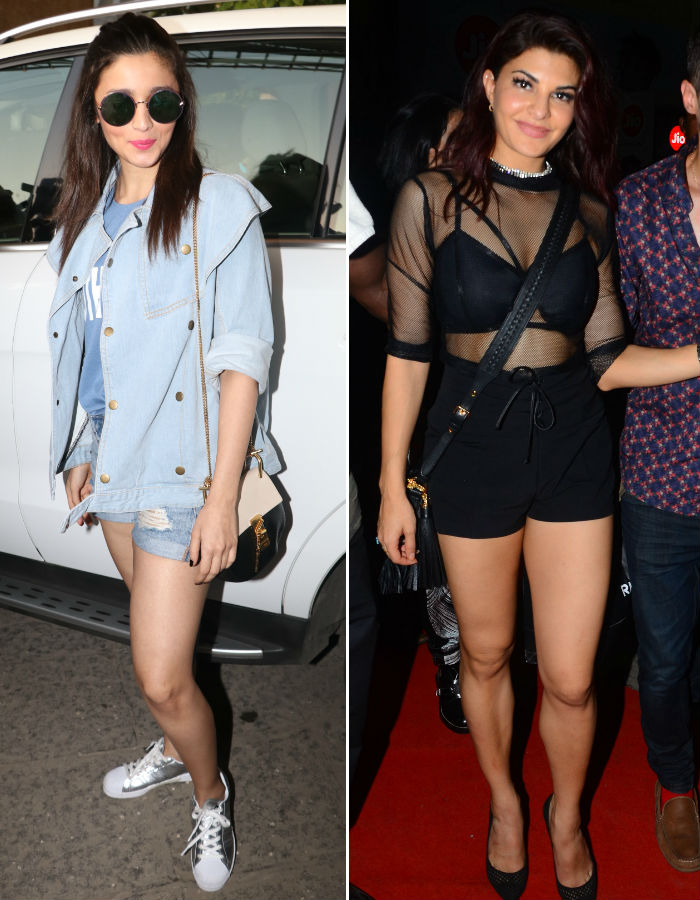 When people spotted Robert Vardra at last night's concert, they thought his kids - daughter Miraya and son Raihan - would be around. But no. Surprise! Robert Vadra is a 'Belieber.' (Let's not judge, people). Robert Vardra is married to Priyanka Gandhi, daughter of Congress leader Sonia Gandhi and late Rajeev Gandhi. If Robert Vadra's presence at Justin Bieber's concert came to you as a surprise, what will you say about Aditya Thackeray attending the gig? 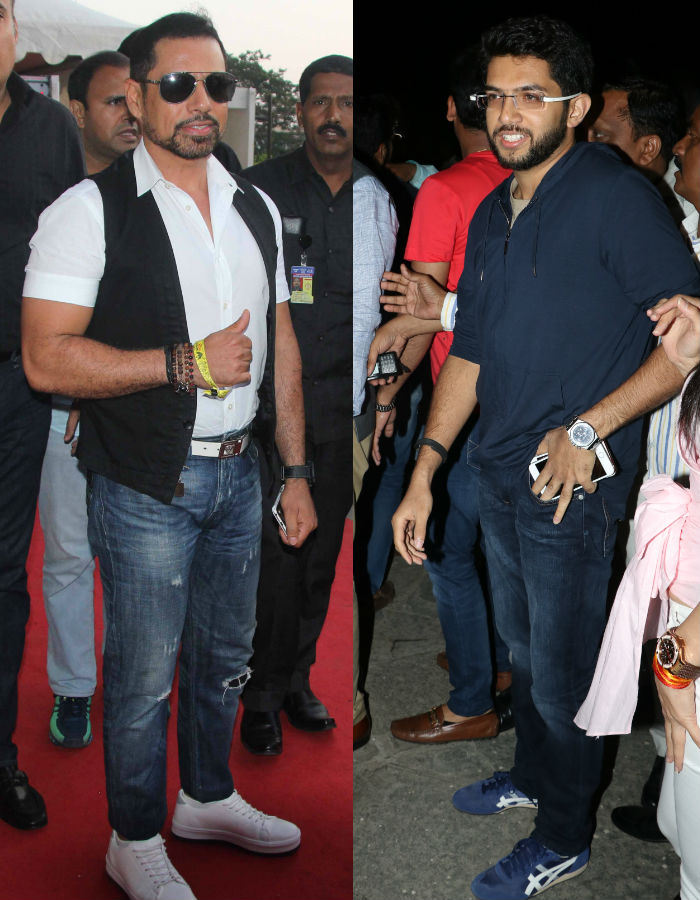 There was a curious case of a 'Belieber' couple (Bipasha Basu and Karan Singh Grover) who arrived late and left in a few minutes. Bipasha's sister Vijayeta accompanied them 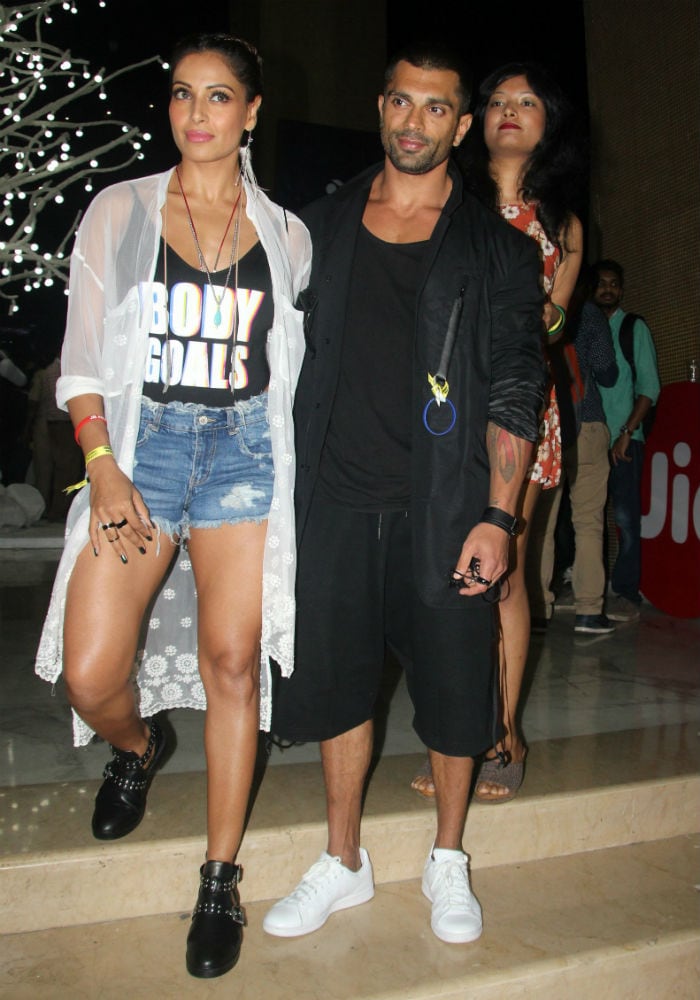 Bipasha later instagrammed a picture saying: "So what we could not enjoy at the concert. Still it's always fun with you my love. Thank you."

So what we could not enjoy at the concert... still it's always fun with you my love. Thank you

What to do if you're a 'non-Belieber' but your kid is a 'Belieber.' You go to the concert with them. Non-celebrities accompanied their wards to the gig and celebrity parents followed the suit. Actress Sridevi, looking quite stylish in a green outfit, and her husband Boney Kapoor attended the gig with their younger daughter Khushi. Sridevi's teenaged daughter looked quite chic in denim hotpants with a front-knot tee. 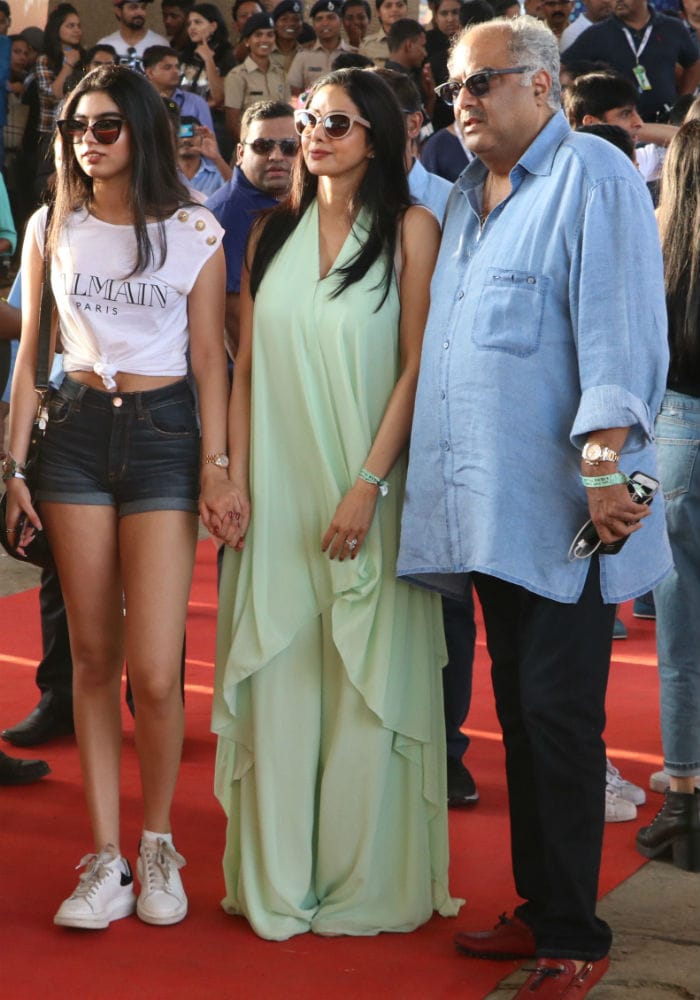 Malaika Arora Khan and her estranged husband Arbaaz Khan were photographed at the entrance with their son Arhaan and his group. Clearly, they opted to overlook the group's wellbeing at the concert. 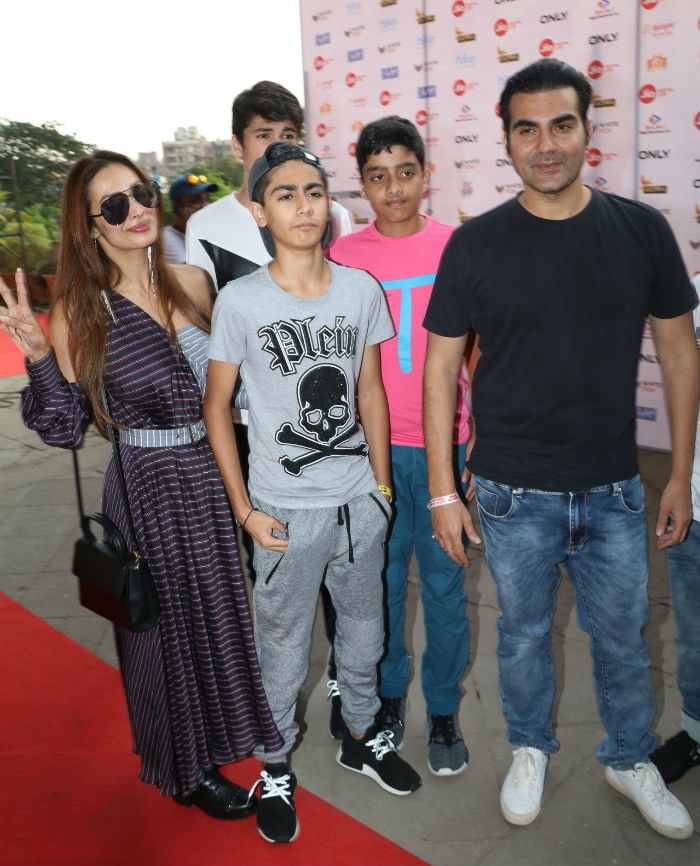 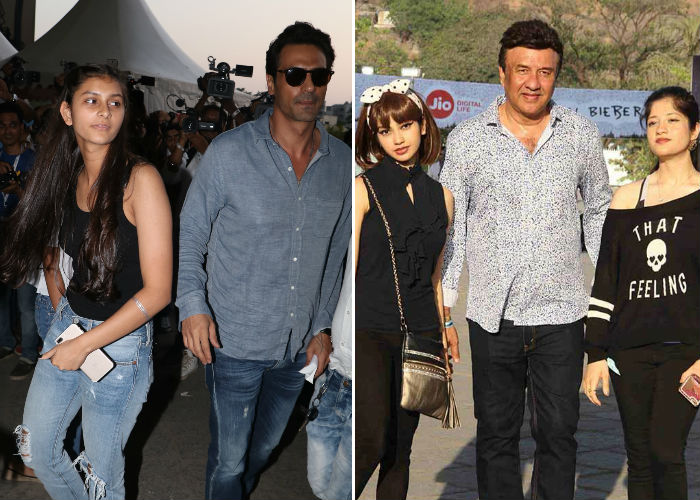 Here's a glimpse of Sonali Bendre doing her 'mom duty. '

There were some slippery celebs too. We spotted Salman Khan's sister Arpita and her husband Aayush Sharma with their son Ahil. But, one-year-old Ahil could hardly be Justin Bieber fan. Caught'ya 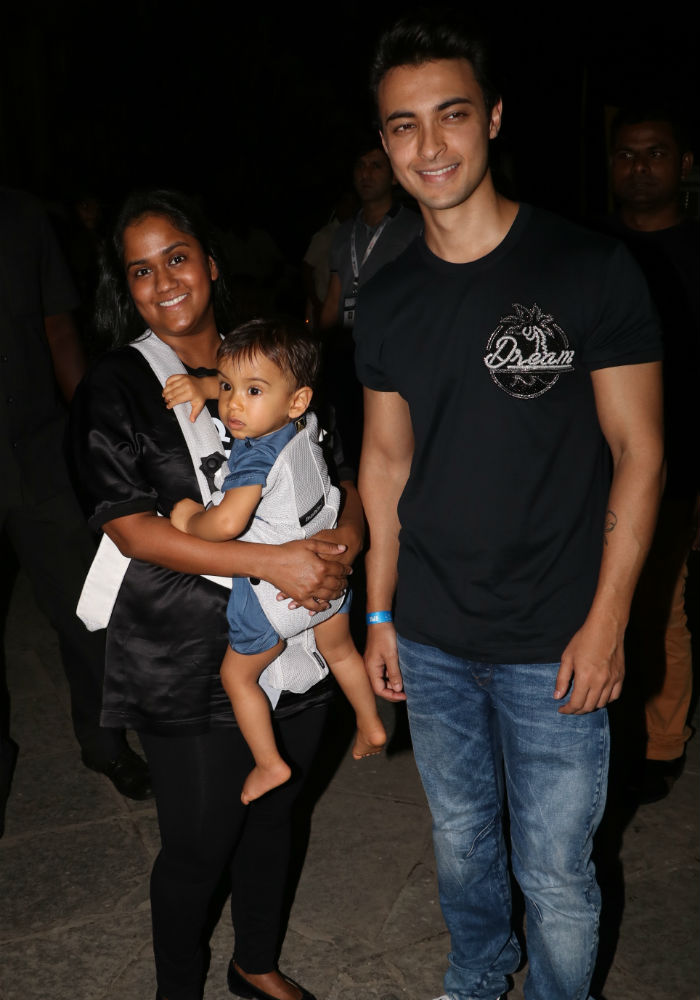 Meanwhile, Malaika, who arrived with Arbaaz and Arhaan, was later spotted in Pooja Hegde's 'girl gang' photo. Sure, Malaika enjoyed the concert with her son, but we guess Malaika is as much a 'Belieber' as her son:

Promoted
Listen to the latest songs, only on JioSaavn.com
Justin Bieber sang tracks like Baby and Let Me Love You before concluding with Sorry. He announced to the crowd: "Tonight's turning out to be one of the best nights of my life" and promised to return.