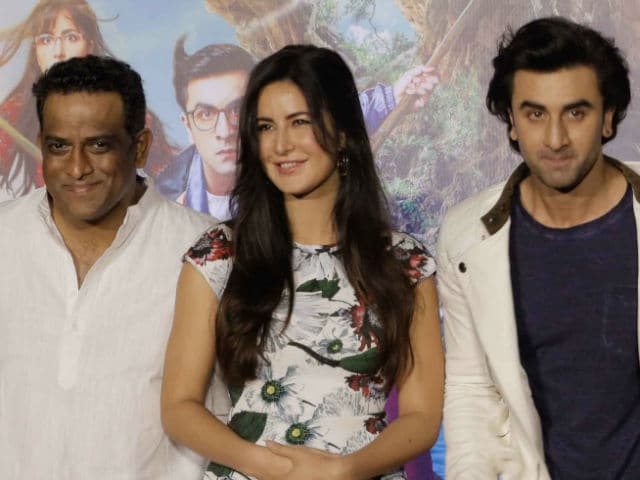 New Delhi: The team of Jagga Jasoos is busy with the promotion of their film. Today, actress Katrina Kaif took a little break from the hectic schedule and delighted her fans and followers on social media by posting an adorable selfie with Ranbir Kapoor and director Anurag Basu. She captioned the image as: "Jagga Jughead Aur Voh @anuragsbasu #JaggaJasoos #RanbirKapoor." Jagga Jasoos will see former couple Ranbir Kapoor and Katrina Kaif re-unite onscreen after a gap of seven years. The duo previously co-starred in films like Rajneeti and Ajab Prem Ki Gazab Kahani. See the lovely photograph shared by Katrina Kaif here:

On Tuesday, Katrina shared a behind-the-scenes video of her upcoming film on Instagram. In the video, the 33-year-old actress said that she had to 'slow down' for Ranbir Kapoor while filming the song Ullu Ka Pattha.

Ranbir Kapoor responded to Katrina through a video that has been posted on UTV Films' Instagram account.

"I'm busy shooting and minding my own business and suddenly I saw these videos of Jagga Jasoos. You are helping me shine, which is amazing. So this one's for you Katrina. Check it," said Ranbir as he shared a glimpse of the song Galti Se Mistake.

Promoted
Listen to the latest songs, only on JioSaavn.com
Jagga Jasoos marks Ranbir Kapoor's debut as a producer. The 34-year-old actor will be seen portraying the role of a detective, who is in search of his missing father. Katrina Kaif features as his accomplice in the film.