Ranbir ducked several times when the seagull came flying by 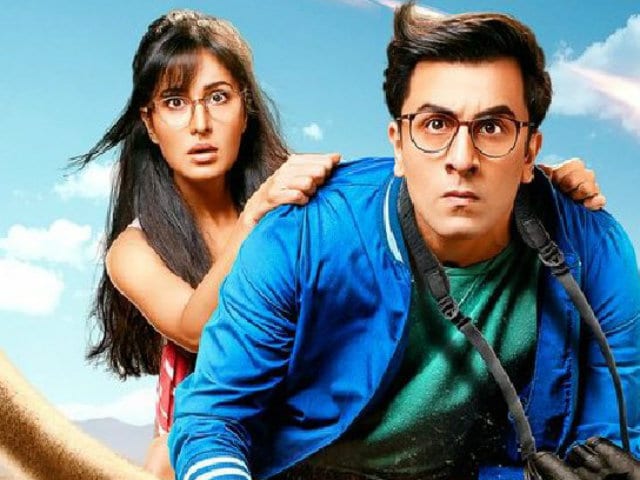 Ranbir and Katrina in a poster of the film

New Delhi: Ranbir Kapoor and Katrina Kaif feature in a new Jagga Jasoos behind-the-scenes video, in which they were attacked by a wing-flapping seagull. Remember that scene where Jagga and Jughead does some mid-air gliding from atop a high building on a rope? Katrina and Ranbir were approaching a spot to shoot that particular scene when some objection was posed by a seagull. It tried to distract the actors and the film's crew and Ranbir appeared particularly perturbed. He ducked several times, tried to guard himself with the hoodie while Katrina emerged as the braver of the two. Calm down Ranbir, Katrina's got your back. "Jagga ne machaya shor, jab seagulls aaye uski aur," is how Team Jagga Jasoos described the video.

Later in the video, Ranbir can be seen bailing out from shooting the scene saying he did not sign up for something as adventurous. But guide Katrina assures things will be fine. And so they were, as can be seen in the trailer.

This BTS video follows the line-up of the ones in which Katrina and Ranbir can be seen shooting for Ullu Ka Pattha, the first song which released from the movie and having some masti shasti with a baby elephant.

Jagga Jasoos marks Katrina Kaif and Ranbir Kapoor's third film together after 2010's Rajneeti and 2009's Ajab Prem Ki Ghazab Kahani. Katrina and Ranbir, who dated for six years before parting ways in 2016, filmed parts of the Anurag Basu-directed film after their break-up. However, fans were delighted when it was assured by the director that Katrina and Ranbir will promote the film together and here they are!