Seatbelts On For Jagga Jasoos, Please. Katrina Kaif, Ranbir Kapoor Show You How

Here's Jagga and Jughead doing what they do best - goofing around 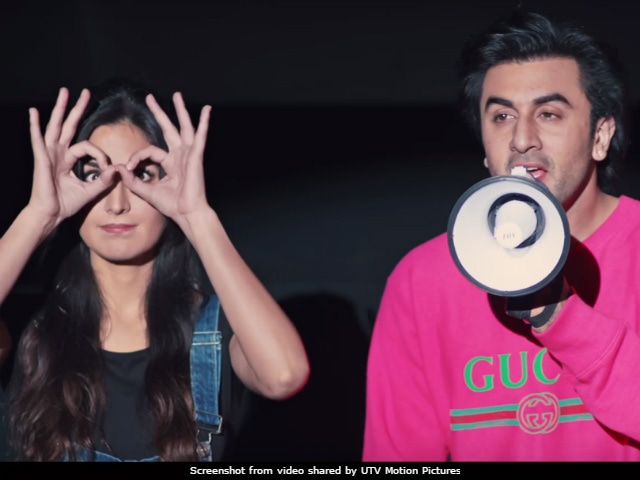 New Delhi: Jagga Ranbir Kapoor and Jughead Katrina Kaif are very busy till the time Jagga Jasoos takes flight. Exes Ranbir and Katrina always manage to be super goofy in the promotional videos for the Anurag Basu-directed film. This time, Jagga and Jughead return with an appeal. Those who book tickets to Jagga Jasoos have been promised a fun-filled ride through the world of Jagga - which, from the trailer, reminds us of the Tintin and Madagaskar movies. In parity with the strange world which Jagga promises to take us to, the rules of the theatre playing the movie are also bizarre. Seat belts must not be fastened and emergency doors must be kept locked at all times for their must not be any distraction and no escaping the movie, of course.

Fans, are you ready? Box office numbers will tell. Till then, here's Jagga and Jughead doing what they do best - goofing around.


Fans of Ranbir and Katrina were delighted when it was announced that apart from co-starring, they would also promote the film together. Former CEO of Disney India, Siddharth Roy Kapur, had said in a statement to PTI: "They are complete professionals and they will do everything that it takes to promote Jagga Jasoos."

Promoted
Listen to the latest songs, only on JioSaavn.com
However, Jagga Jasoos appeared to be the last time Katrina and Ranbir will share screen space together. When asked about working together again, the actress recently told mid-day: "It's very difficult. People now have proof that he is a very trying and testing person. Ranbir has also gestured [to me] to not work on a film together. It will never happen again." But Ranbir clarified Katrina's statement as a 'joke' in an interview with NDTV, saying: "The honest truth behind it is that we were at a Facebook chat. I cracked a joke on her and she cracked it back on me. And she's saying 'It's really fair that the media has taken just my joke and made this out to be like something that I just said. I wouldn't say that.' So yeah, it's not true."