The official said that the medical teams have been instructed to be self-contained for 10 days. 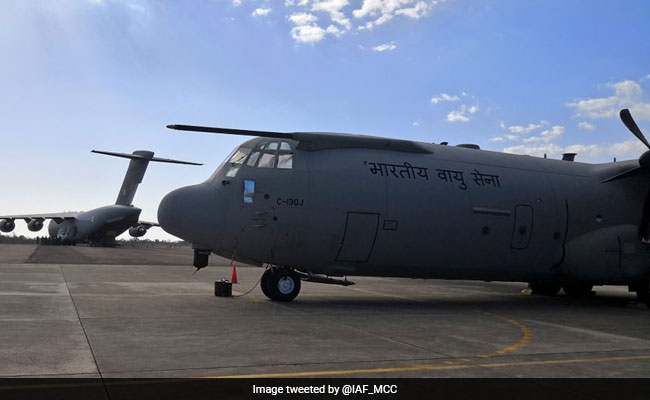 The Indian Air Force (IAF) on Tuesday embarked on a humanitarian relief mission to help Indonesia that has been hit by an earthquake and tsunami in which more than 1,200 lives were lost.

"The C-130J carrying 37 medical personnel has taken off from Hindon air base for Chennai. From Chennai, the aircraft will take off for Kualanamu International Airport and then move to Palu, Indonesia," the official said.

The official said that the medical teams have been instructed to be self-contained for 10 days. Accordingly, they are carrying their rations, generators, fuel, tentage, etc.

In addition, light medical equipment including X-ray machines and medicines are being carried.

The C-17 was loaded at Palam with relief material received from National Disaster Management Authority (NDMA), including 15.66 tonnes of tentage and generators and 16 tonnes of medicines.

According to Indonesian authorities, the death toll on Tuesday rose to 1,234 in the 7.5-magnitude earthquake and subsequent tsunami that hit Sulawesi island last week.

The twin disasters have left the coastal city of Palu and the adjoining areas in ruins and with a shortage of food, water, and fuel.