London: Under attack at home over what his critics call "growing intolerance," Prime Minister Narendra Modi today said India's diversity is the country's "strength and pride" and emphasised the importance of peaceful co-existence.

"India is full of diversity. This diversity is our specialty, our pride and our strength," PM Modi said in his address to about 60,000 members of the Indian community in London on Friday evening. He said people were astounded when they saw the harmony in the country despite the diverse religions, over 100 languages and different food and culture.

PM Modi was speaking at the famous Wembley Stadium, which hosts rock concerts and soccer matches. To cheers from his audience - the biggest yet at any event hosted by NRIs during the PM's visits abroad - he said, "You are the true ambassadors of India. Wherever people of India have gone, they live in harmony. You have shown how to be sensitive to your neighbours and coexist in peace." 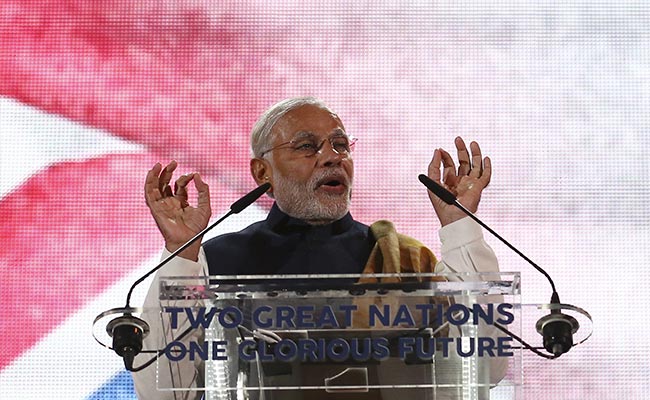 The crowd chanted "Modi, Modi" through his 80-minute speech.

On Thursday, PM Modi, confronted with questions from the British media on "incidents of intolerance," said his government was committed to protecting every citizen's freedom. "India is the land of Buddha and in our society, we don't accept unconstitutional things. The law will deal with these severely," the Prime Minister said.

There have been protests in London during the PM's visit by some groups that have accused him of creating an "authoritarian culture" in India. Other groups of authors and parliamentarians have petitioned the UK Prime Minister David Cameron to raise their concerns over freedom of speech and human rights with the Indian government during PM Modi's three-day visit.

The visit comes amid a raging debate on "intolerance" in India after mob killings over rumours of beef-eating and attacks on rationalists.