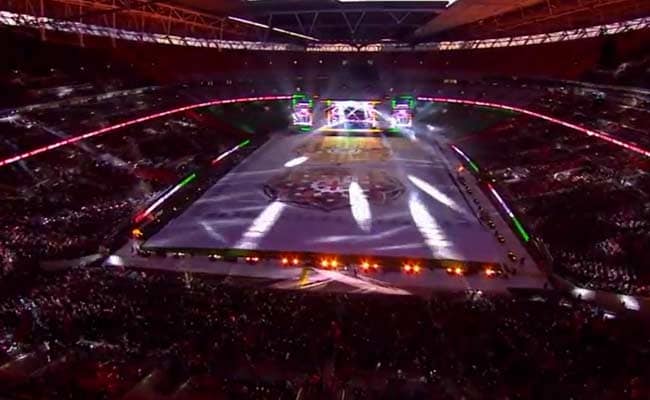 PM Modi has arrived at the Wembley Stadium which is lit in tri-colour for his welcome.

Prime Minister Narendra Modi has arrived at London's famous Wembley Stadium, where he will address an estimated 60,000 members of the Indian community at a reception seen as the centerpiece of his three-day visit to the UK.