Designed for a crew of around 1,700, Vikrant has over 2,300 compartments, including cabins to accommodate women officers. 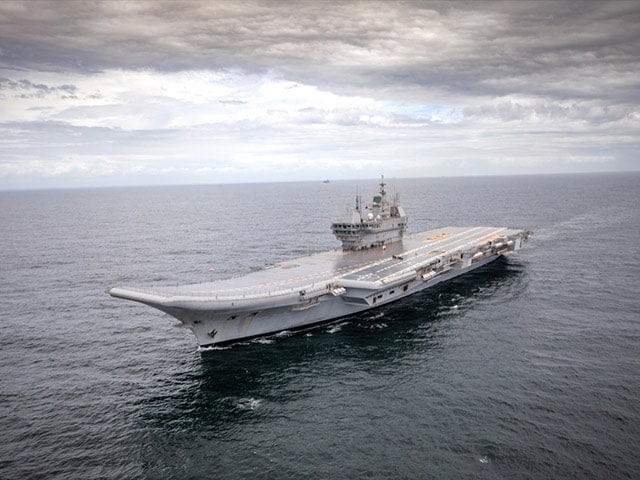 Vikrant is also known as the Indigenous Aircraft Carrier 1, or IAC-1.

First made-in-India aircraft carrier Vikrant - the largest and most complex warship India has ever designed and built - embarked on its maiden sea trials today, 50 years after its namesake's key role in the 1971 war. 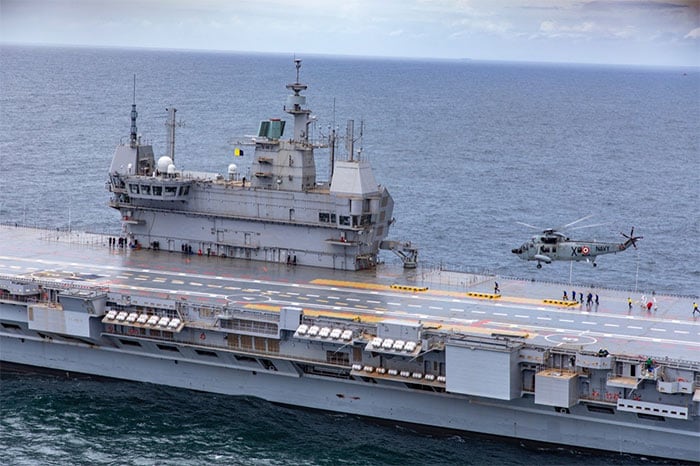 "India joins a select group of nations having niche capability to indigenously design, build and integrate a state-of-the-art aircraft carrier. Reaching this milestone despite COVID-19 challenges (was) made possible by dedicated efforts of all stakeholders," the Indian Navy said. 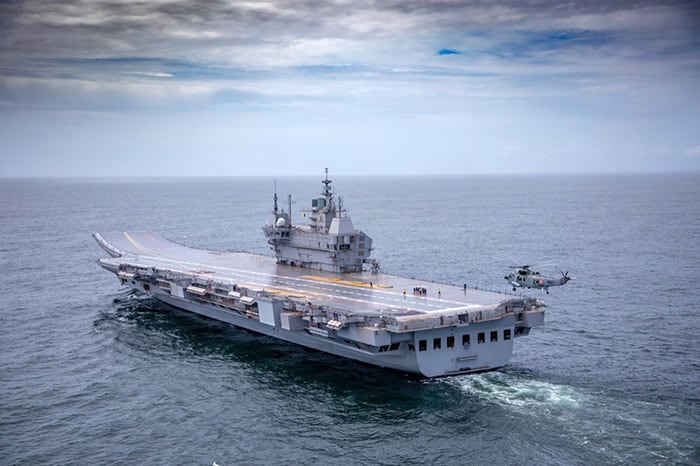 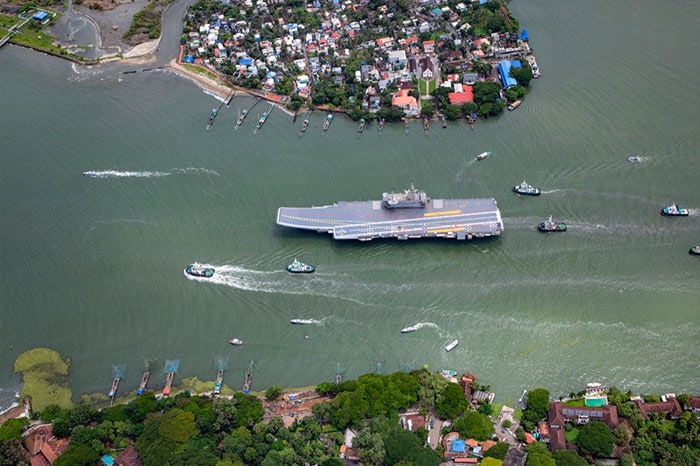 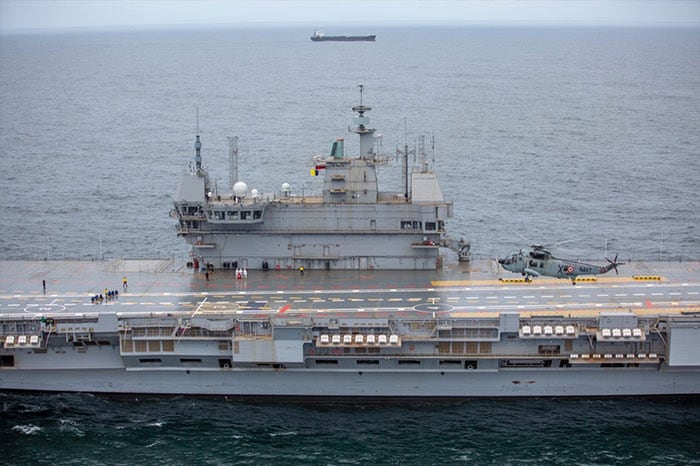 "The ship has been designed with a very high degree of automation for machinery operation, ship navigation and survivability... has a top speed of around 28 knots (approx. 52 km per hour) and cruising speed of 18 knots (approx. 33.37 km per hour) with an endurance of about 7,500 nautical miles (approx. 13,900 km)," the Navy said in its statement. 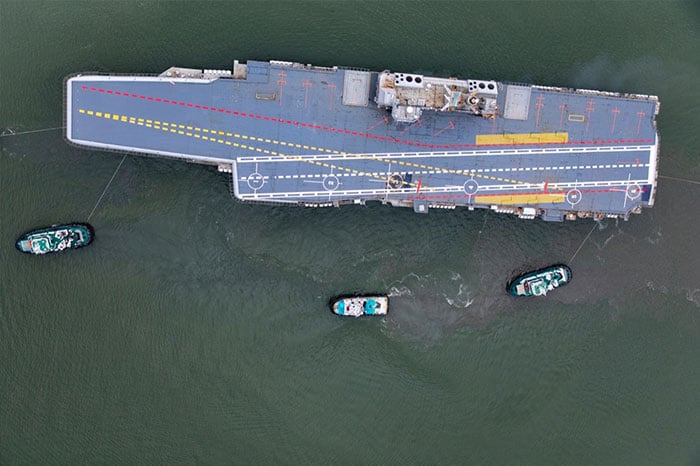 Vikrant, expected to be commissioned into service next year, will add superior combat capability, range and versatility to the country's naval might, Rajnath Singh had said in June. 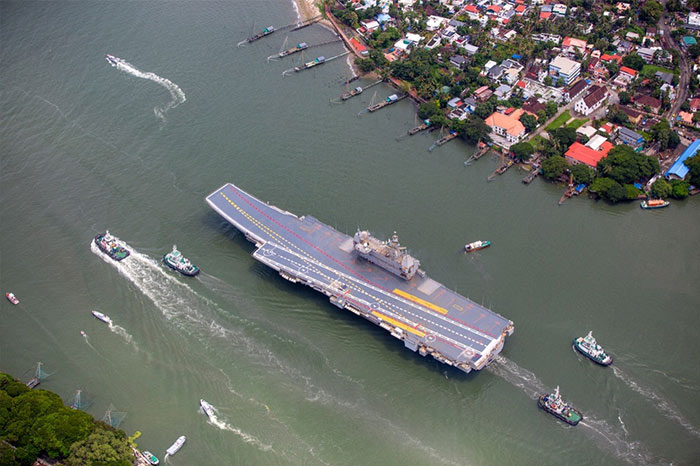 "The combat capability, reach and versatility will add formidable capabilities in the defence of our country and help secure India's interests in the maritime domain," Mr Singh said after visiting Vikrant, which was docked in Kerala's Cochin Port at the time." 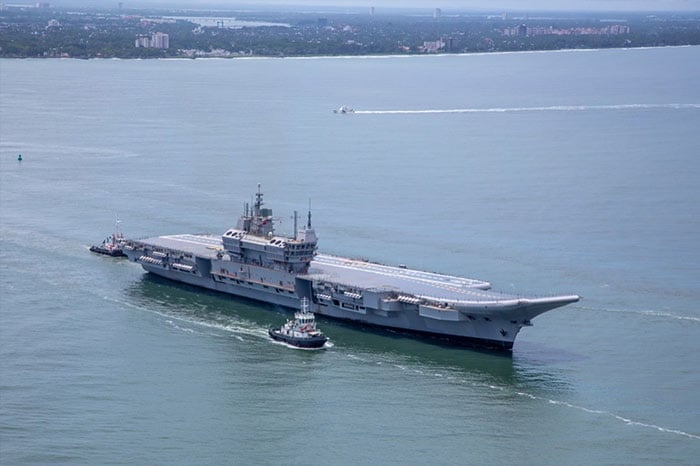 Commissioning of the Indigenous Aircraft Carrier (IAC) next year will be a befitting tribute to 75 years of India's independence," Mr Singh said, adding it boasts of nearly 75 per cent nationally-sourced content - from design specs to steel used in construction, and from key weapons to sensors. 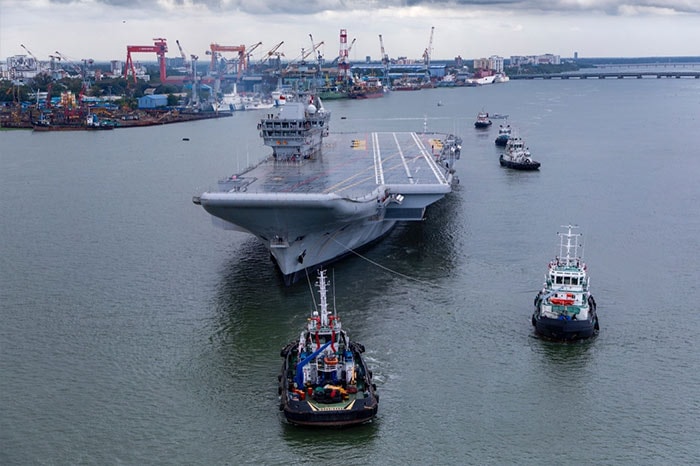 Vikrant is also known as the Indigenous Aircraft Carrier 1, or IAC-1