The two-seater helicopter with a pilot and his associate took off from the Hindon airbase at around 8 am for Chandigarh. 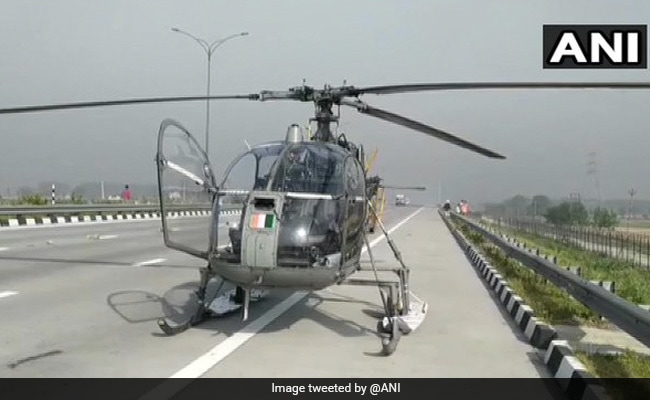 A Cheetah helicopter of the Indian Air Force that was on its way to Chandigarh from the Hindon airbase in Ghaziabad made an emergency landing on the Eastern Peripheral Expressway in Uttar Pradesh's Baghpat due to a technical fault on Thursday, officials said.

However, there was no loss of life or property, they said.

The two-seater helicopter with a pilot and his associate took off from the Hindon airbase at around 8 am for Chandigarh. But it developed some technical snag and the pilot after informing his seniors made an emergency landing near Mavikalan village on the Eastern Peripheral Expressway, Superintendent of Police, Baghpat, Pratap Gopendra Yadav said.

Another helicopter with a technical team arrived at the spot and the snag was rectified in about 25 minutes, he said, adding both the helicopters flew after that.