Flowers of the mahua tree are commonly used by tribal people to brew a drink of the same name which is a major component of any celebration in the communities. 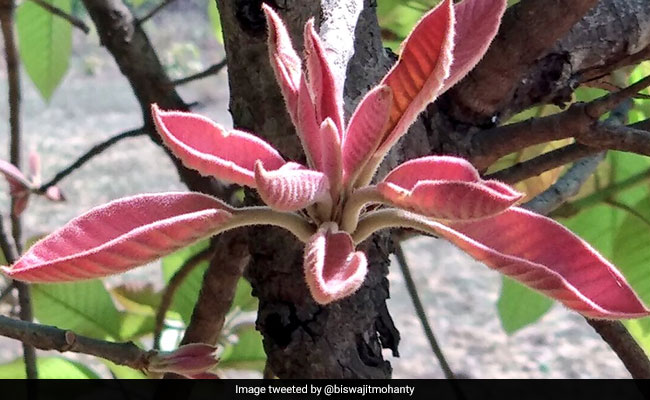 As part of its efforts to promote products made by tribal people, the government is mulling bottling mahua, a traditional tribal drink, to sell it in the open market under the Van Dhan Initiative.

Flowers of the mahua tree are commonly used by tribal people to brew a drink of the same name which is a major component of any celebration in the communities.

The Ministry of Tribal Affairs has inked an MoU with the Tribal Cooperative Marketing Development Federation of India (TRIFED) to develop the traditional drink as a brand and promote in the open market, TRIFED Managing Director Pravir Krishna said.

The official said the ministry also plans to bring other tribal staples such as tamarind and amla into the market in the form of jam.

Krishna said that they are in the process of getting clearances for selling the product as it is an alcoholic beverage.

According to Krishna, ginger and ajwain will also be added to the drink to give it a flavour.

"It will be sold all over the country under the brand name Mahua," he said.

The product will be sourced from tribal areas in Chhattisgarh, Madhya Pradesh, Odisha, Jharkhand Andhra Pradesh and Telangana.

The Van Dhan Scheme is an initiative of the Ministry of Tribal Affairs and TRIFED. It was launched in 2018 to improve income of tribal people through value addition of their products.

The centre has allocated Rs 500-600 crore for the scheme.

Earlier, TRIFED, which was tasked with setting up of Van Dhan Vikas Kendras to implement the scheme, has used mahua flower syrup to create jam, squash and other non-alcoholic beverages.