Goggle Doodle: Amrish Puri is still remembered for his iconic role as 'Mogambo' in the 1987 cult classic Mr India. 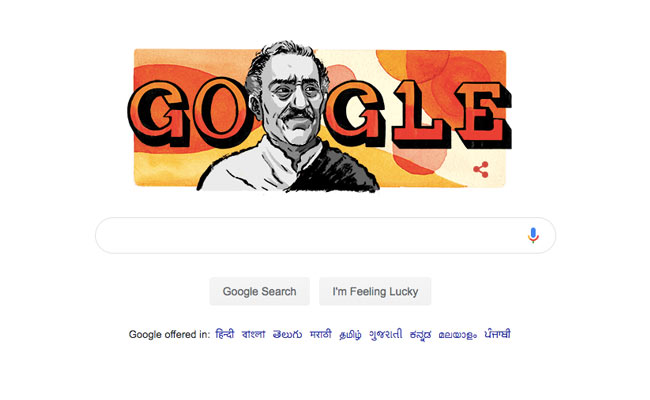 Goggle Doodle: Amrish Puri has worked in more than 400 films in over half a dozen languages.

Today's Google Doodle celebrates the life and legacy of renowned actor Amrish Puri on his 87th birthday. Born in Punjab on this day in 1932, Amrish Puri landed his first role at age 39 and went on to portray some of the most memorable villains in the history of Indian cinema.

Even though he has worked in more than 400 films in over half a dozen languages including Hindi, Marathi, Kannada, Punjabi, Malayalam, Telugu, Tamil, and English - most of us, especially the 90s' kids, remember him for his iconic role as 'Mogambo' in the 1987 cult classic Mr India, and his signature line from the movie -- "Mogambo khush hua" ("Mogambo is pleased").

"If at first you don't succeed, try, try again-and you might end up like Indian film actor Amrish Puri, who overcame an early setback on the way to fulfilling his big screen dreams," said Google in a post.

Today's Google Doodle has been made by Pune-based guest artist Debangshu Moulik, and features a sketch of the actor on an orange background.

After working in the theater and doing voiceover parts, Amrish Puri made his Bollywood debut in 1971's Reshma Aur Shera. A decade later, he broke into Hollywood as Khan, a supporting role in the Oscar-winning movie, Gandhi. He was later cast as Mola Ram in Indiana Jones and the Temple of Doom, after initially turning down director Steven Spielberg's offer. "Amrish is my favorite villain," said Spielberg, who persisted until Mr Puri said yes. "The best the world has ever produced and ever will!"