The FIR was registered against 21 named people and 30 others on a complaint filed by Asha Pratap, sister-in-law of the main accused Dhirendra Pratap Singh, they said. 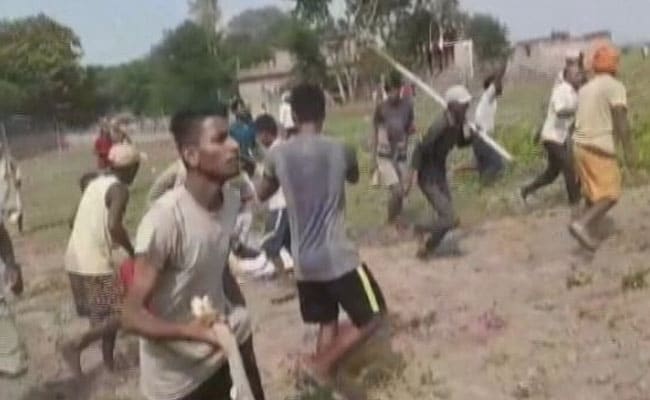 A court in Ballia had ordered registration of an FIR against the other side involved in the clash.

Acting on court directives, an FIR was lodged on Saturday against the other faction involved in the firing incident during allotment of ration shops in Durjanpur village in Uttar Pradesh's Ballia, police said.

The FIR was registered against 21 named people and 30 others on a complaint filed by Asha Pratap, sister-in-law of the main accused Dhirendra Pratap Singh, they said.

BJP leader Dhirendra Pratap Singh was arrested for allegedly shooting dead Jai Prakash Pal Gama (46) following a quarrel over the allotment of ration shops at Durjanpur village in Ballia's Reoti area on October 15. Senior administration and police officials were also present at the meeting when the incident took place.

A court in Ballia had on Friday ordered registration of an FIR against the other side involved in the clash.

"Acting on the court orders, an FIR was registered against the other side involved in the incident. The name of the deceased Jai Prakash Pal also figures in the FIR," a police official said.

Asha Pratap Singh had alleged that after "cancellation of the meeting" on October 15, a group of people attacked villagers, in which Dhirendra Pratap Singh and seven others were injured.

She had accused 21 (identified) people, including Jai Prakash Pal who died in the firing, and 25-30 unidentified people for their involvement in the clash.

"The FIR has been lodged under IPC sections 147 (Punishment for rioting), 148 (Rioting, armed with deadly weapon), 307 (attempt to murder), 308 (culpable homicide not amounting to murder), 504 (Intentional insult with intent to provoke breach of peace), 506 (criminal intimidation) and the Criminal Law Amendment Act among others," the SHO said.

The police had recovered the weapon used in the crime on Friday and said the accused BJP leader revealed during investigation that he had hidden it under a tree near his house after the incident.