Prime Minister Modi, who arrives in the UK on Tuesday, is among only three world leaders attending Commonwealth Heads of Government Meeting and to be invited for an audience with Queen Elizabeth II, officials said. 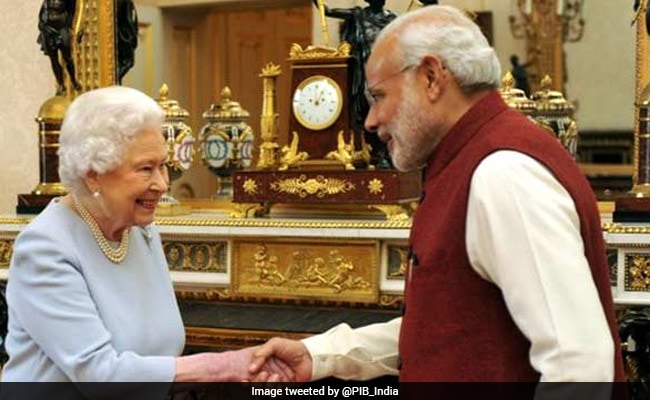 London: Prime Minister Narendra Modi, who is to arrive at London on a four-day visit to the UK on Tuesday, is the only head of government to be offered bilateral meetings ahead of the Commonwealth Heads of Government Meeting (CHOGM), according to senior officials.

In what has been categorised as an "unprecedented" welcome, PM Modi will hold not just one but two meetings with his British counterpart Theresa May on Wednesday before they begin formal deliberations as part of the multilateral Commonwealth summit on Thursday.

Prime Minister Modi, who arrives in the UK from Sweden on Tuesday night, is also among only three senior world leaders attending CHOGM to be invited for an audience with Queen Elizabeth II on Wednesday evening, they said.

PM Modi's royal welcome will include a special event hosted by Prince Charles, during which the heir to the British throne will drive up in a Tata Motors' first-ever electric Jaguar to symbolise the India-UK technical collaboration.

"The welcome being accorded to the Indian Prime Minister is unprecedented in many ways. It reflects the importance the UK attaches to the visit and shows the mature level of India-UK ties," said an official involved with the preparations for the visit.

The bilateral leg of the UK tour begins with PM Modi's talks with Theresa May at 10 Downing Street on Wednesday morning, during which both leaders are expected to discuss a wide range of issues of mutual interest, including separatism, cross-border terrorism, visa and immigration.

A memorandum of understanding on the return of illegal immigrants, which had expired in 2014, will be renewed to take into account biometric and other developments in the field.

Following his meeting with Theresa May, the prime minister will head to the Science Museum in London to visit the '5000 Years of Science and Innovation' exhibition and interact with Indian-origin and other scientists and innovators based in the UK.

This will be followed by the launch of a new Ayurvedic Centre of Excellence, marked by an MoU between the All India Institute of Ayurveda and College of Medicine in the UK. The centre is aimed at creating a first-of-its-kind global network involving Indian and British academics and medical professionals to coordinate on evidence-based research on yoga and Ayurveda.

During a packed day of activities on Wednesday, Prime Minister Modi is also expected to pay tribute at the Basaveshwara statue on the banks of the river Thames, which he had inaugurated during his last visit to the UK in 2015.

According to official estimates, India-UK bilateral trade stands at $13 billion, with the UK among the largest G20 investors into India.

PM Modi's UK visit will have a particular focus on the India-UK technological partnership and the central feature of this will be his second meeting with Theresa May on Wednesday at the Francis Crick Institute in London, where a new India-UK Technical Alliance is expected to be among a series of announcements. He will also meet Indian-origin scientists working on cancer research, malaria and other tropical diseases before going in to the India-UK CEOs Forum.

The Ministry of External Affairs has indicated that around 10-12 deliverables, including innovation-related MoUs between NASSCOM and Innovate UK and between NITI Aayog and its counterpart in the UK, are expected to be accompanied by a formal joint statement at the end of the bilateral leg of the visit on Wednesday.

PM Modi will then head for his audience with the Queen at Buckingham Palace before the Bharat Ki Baat, Sabke Saath diaspora event to be telecast live from an as-yet undisclosed iconic central London venue on Wednesday evening.

The event, billed as the centrepiece of the "Living Bridge" theme of the India-UK bilateral visit, will involve PM Modi addressing questions from across the world which have already been received via social media and some via live video link.

An estimated 2,000 people are expected to have received confirmations to attend the "niche event", since online registrations closed earlier this month.

Organisers said the decision to host a smaller event than the grand diaspora event at Wembley Stadium during PM Modi's last visit to the UK in November 2015 was to enable the Indian diaspora from across the world to be able to participate.

At the end of the live telecast, the Prime Minister will join Heads of Government from 52 other countries at a formal dinner hosted by Theresa May to mark the launch of CHOGM.

This will be followed by official deliberations between the heads of government in London on Thursday before they head to Windsor for the CHOGM retreat, where the world leaders will interact on an informal basis without any structured agenda or the presence of officials.

Promoted
Listen to the latest songs, only on JioSaavn.com
On the sidelines of the "unprecedented" welcome, PM Modi will also be greeted with some protests at Parliament Square on Wednesday afternoon, being spearheaded by Pakistani-origin peer, Lord Ahmed, and bringing together UK-based Kashmiri and Sikh groups.