The Congress in Rajasthan plunged into a crisis on Sunday as several MLAs loyal to Mr Gehlot threatened to resign over a possible move to appoint Sachin Pilot as Mr Gehlot's successor. 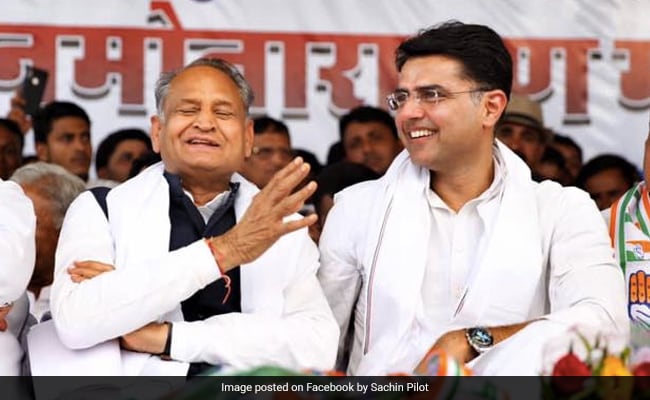 The Congress in Rajasthan plunged into a crisis on Sunday. (File)

The Aam Aadmi Party (AAP) on Monday took a swipe at the Congress over the ongoing political crisis in Rajasthan and said it should first take a 'Congress Jodo Yatra' instead of continuing with its 'Bharat Jodo Yatra'.

The Arvind Kejriwal-led party also said Rajasthan Chief Minister Ashok Gehlot and Sachin Pilot over the ongoing political drama, saying the two Congress leaders in their "struggle for power" have made "a mockery" of the people's mandate.

"On one hand, the 'Bharat Jodo Yatra' of Congress is in progress, and on the other, the MLAs of the party in Rajasthan are running 'Vidhayak Todo Karyakram' (programme to divide legislators)," AAP's election in-charge for Rajasthan Vinay Mishra told Press Trust of India.

"Instead of 'Bharat Jodo Yatra', the Congress should first take out 'Congress Jodo Yatra' (a march to bring unity in party)," he added.

In their struggle for power, the Rajasthan chief minister and Sachin Pilot have made a mockery of the mandate that the people of the state gave to their party, the AAP leader charged.

"The entire country is laughing at them," he added.

The Congress in Rajasthan plunged into a crisis on Sunday as several MLAs loyal to Mr Gehlot threatened to resign over a possible move to appoint Sachin Pilot as Gehlot's successor, their rebellion erupting just ahead of a Congress Legislature Party meeting.

The political drama continued on Monday with MLAs loyal to Chief Minister Ashok Gehlot remaining non-committal on holding a meeting with Congress observers, who left for Delhi to apprise the high command about the developments.

Sachin Pilot, who is seen to be the main contender for the chief minister's post if Mr Gehlot is elected the party's national president, also left for New Delhi to meet the high command.