The letter was circulated on social media last night, it is not clear who released it. 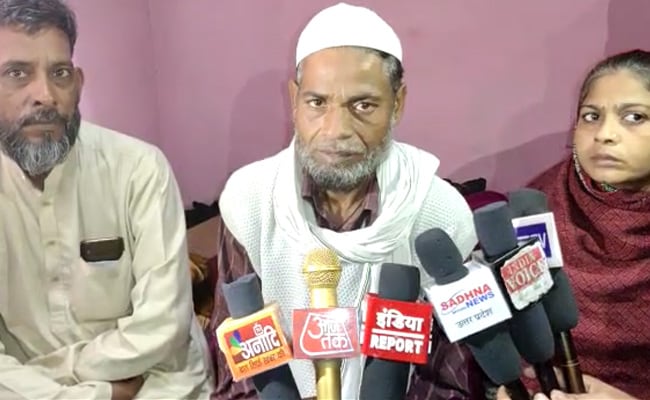 "I am illiterate. I did not know what the contents of the document were," the victim's father said.

The father of a 22-year-old man who allegedly killed himself at a police station in Uttar Pradesh's Kasganj on Tuesday has rejected the contents of a letter purportedly signed with his thumbprint where he appears to absolve the UP police of any blame for his son's alleged suicide and says the 22-yr-old died by suicide due to "depression".

The letter was circulated on social media last night, it is not clear who released it.

"I am illiterate. I did not know what the contents of the document were. I put my thumbprint on it at the insistence of the CO (Circle Officer of the UP police). I want justice ", Chand Miyan, the father of 22-year-old Altaf said.

The man, Altaf, had been brought to the police station on Monday evening for questioning in a case filed last week linked to the "kidnapping of a woman and forced marriage".

In a video statement released on Twitter, Etah's Police Chief Rohan Pramod Bothre claimed the man "asked for the toilet" at the police station. When he did not return after a few minutes, the cops
"went inside the toilet".

"He was wearing a black jacket and it appears he hooked the string, attached to the hood of the jacket, to a tap in the washroom and tried to strangle himself. He was brought out unconscious and taken to the hospital. He died within 5-10 minutes," the Police Chief said.

However, visuals of this toilet accessed by NDTV showed the tap to be at a height of about 2 feet off the ground and its PVC pipe to be about 3 ft high. Altaf was 5 ft 5 inches, leading to several questions about how he managed to kill himself.

Five policemen have been suspended in the case after being accused of "negligence". In a statement, the UP police have said a magistrate will conduct an inquiry into the death.

The police say the only injuries revealed in the post mortem of Altaf are ligature marks around the neck, consistent with their suicide theory.

In December last year, the Supreme Court had ordered that all police stations in the country and investigation agencies - including the CBI, National Investigation Agency, and Enforcement Directorate - must install CCTV cameras with night vision and audio recording.

The court said states have to install cameras with audio at all police stations.

It is not clear, however, how many police stations in Uttar Pradesh have got CCTVs so far.