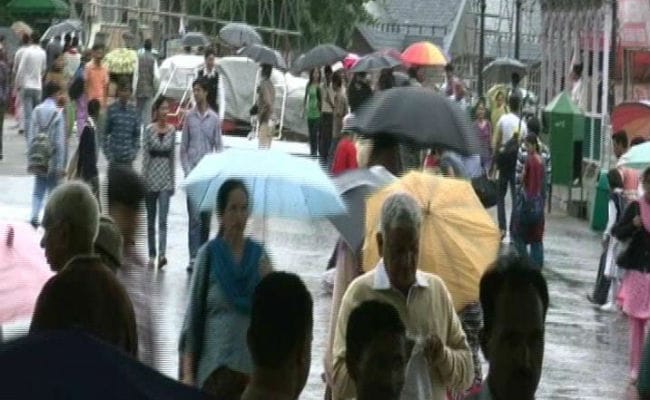 Many parts of Himachal Pradesh received light to moderate rainfall in the past 24 hours. (FILE PHOTO)

Many parts of Himachal Pradesh received light to moderate rainfall in the past 24 hours, with the meteorological department forecasting extremely heavy rainfall on Monday.

The Meteorological Centre, Shimla, has forecast rains in the plains as well as low and middle hills, and snowfall in the high hills from tomorrow till Friday.

The Met office issues colour-coded warnings to alert people ahead of severe or hazardous weather that has the potential to cause damage, widespread disruption or danger to life.

Orange is for weather conditions that have the capacity to impact significantly, while yellow, the least dangerous of all the weather warnings, indicates the possibility of severe weather.

The highest temperature in Himachal Pradesh was recorded in Una at 38 degrees Celsius and the lowest in Keylong at 10.2 degrees Celsius, the official said.

"COVID-19 Cases Doubling in 4.1 Days, Could Have been Slower": Centre