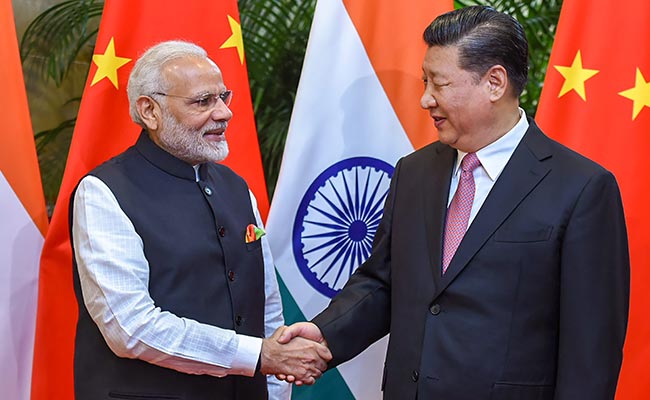 Narendra Modi and Xi Jinping will also go over decisions taken at the Wuhan summit. (File)

New Delhi: Ahead of the two-day Shanghai Cooperation Organisation (SCO) Summit which begins today, Prime Minister Narendra Modi said he was excited to lead the Indian delegation for the organization's first-ever meeting with the country as a full member.

PM Modi will also hold a bilateral meeting with Chinese President Xi Jinping on Saturday, on the sidelines of the SCO Summit in Qingdao, where they will look at the implementation of decisions taken at the informal summit, just over a month ago in Wuhan.

"I am excited to lead the Indian delegation for our first-ever meeting of the Council as a full member," PM Modi said in a Facebook post.

"On 9th and 10th June, I will be in Qingdao, China to take part in the annual SCO Summit. This will be India's first SCO Summit as a full member. Will be interacting with leaders of SCO nations and discussing a wide range of subjects with them," the prime minister tweeted.

The summit will included discussions on issues ranging from combating terrorism, separatism and extremism to promoting cooperation in connectivity, commerce, customs, law, health and agriculture. Environmental conservation and mitigating disaster risk will also be discussed.

"In the last one year since India became a full member of the SCO, our interaction with the organization and its member states has grown considerably in these areas. I believe that the Qingdao Summit will further enrich the SCO agenda, while heralding a new beginning for India's engagement with the SCO," he said.

"India enjoys deep friendship and multi-dimensional ties with the member states of the SCO. On the sidelines of the SCO Summit, I will have the opportunity of meeting and sharing views with several other leaders, including the Heads of States of many SCO Member States," PM Modi said.