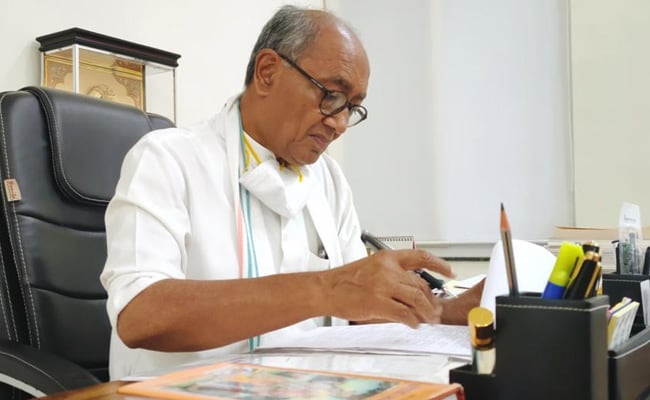 Senior Congress leader Digvijaya Singh has requested the Madhya Pradesh unit of the party that his photographs should not be used in the publicity material of the Bharat Jodo Yatra.

He made the request in a letter to state Congress chief Kamal Nath.

In the publicity material being prepared by the state Congress, the photographs of only former Congress presidents Sonia Gandhi and Rahul Gandhi, present party chief Mallikarjun Kharge and Kamal Nath should be used, he said.

The letter, dated October 22, began to circulate on social media two days ago.

Singh had asked the party not to use his pictures during the 2018 Assembly polls campaign too.

State BJP secretary Rajneesh Agrawal asked why Singh wrote a letter when he could have spoken to Nath directly.

He was perhaps afraid his pictures would have an adverse impact and it could also be a ploy to deal with the pressure of printing the photos of a large number of leaders on posters, he said.

State Congress spokesperson Narendra Saluja, however, said that Singh had been against publishing his photos or shouting slogans in his favour for long.