Dawood Ibrahim's Henchman To Stand Trial In Britain For Extortion

Pakistani national Jabir Moti, alias Jabir Motiwala, was remanded in custody to appear for a case management hearing on November 12, before a three-day trial scheduled between February 25 and 27 next year. 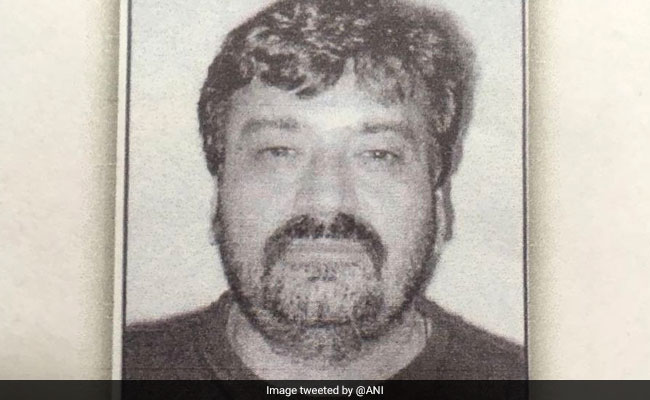 Moti is facing extradition to the US (File)

A "top lieutenant" of the D-Company - Dawood Ibrahim's organised crime and terror network - will stand trial in Britain in February 2019 in his extradition case brought by the US authorities, a court said on Friday.

Pakistani national Jabir Moti, alias Jabir Motiwala, was remanded in custody to appear for a case management hearing on November 12, before a three-day trial scheduled between February 25 and 27 next year.

Moti, who appeared before Westminster Magistrates' Court via live video link from Wandsworth prison in south-west London on Friday, is facing extradition to the US on money laundering and extortion charges. The 51-year-old had been denied bail during previous hearings and did not make any further application for bail on Friday.

"As there is no bail application, I am remanding you in custody until November 12," Judge Tan Ikram said.

Moti's defence lawyer, Toby Cadman of Guernica law firm, told the court that his client had made an application in court to have his name changed on the case documents to Jabir Siddiq.

He also indicated that Moti's defence intends to depose a number of legal experts as witnesses in the case, with the key issues being "abuse of process and entrapment" by the authorities.

Moti, who was arrested by British police in August, is believed to be a top henchman of Ibrahim, a key accused in the 1993 Mumbai blasts case.

He was repeatedly denied bail at previous hearings, with his defence team even presenting a letter from the Pakistani High Commissioner among the many sureties that he would not jump bail and abscond.

At the last hearing in September, the Pakistan government had vouched for Moti's "good character", which was termed as "pretty unusual and unequivocal support" by his counsel.

However, Judge Emma Arbuthnot, who presided over that hearing, was unconvinced that Moti did not pose a "flight risk" and denied him bail.

The US extradition request follows an FBI investigation dating back to 2005 and Moti was arrested by Scotland Yard from a London hotel on August 17, having arrived in the UK on business on a 10-year visa.

The London court has been told that Moti had been under investigation by the FBI as a key aide of the D-Company, "named after the leader of the company based in Pakistan (Ibrahim)", associated with trafficking and money laundering through international smuggling routes across South Asia that were also linked to terrorist funding.

"For a fee, D-Company uses the power of violence for debt collection and has a reputation of intimidating members of the family of its debtors in India and Pakistan," the prosecution had said in its case summary.

In his interactions with undercover agents in the US and Pakistan, Moti allegedly admitted to being involved with narcotics and dealing with large amounts of cash and the court was told that it is believed he is behind nearly USD 1.4 million laundered to date.

Moti's defence team has disputed allegations of him being a key aide of the D-Company as "obvious nonsense", describing their client as a "man of exemplary character" who was a tax paying, prominent businessman based in Karachi and accredited as a stockbroker, with a family stockbroking business dating back to the 1950s in Pakistan.