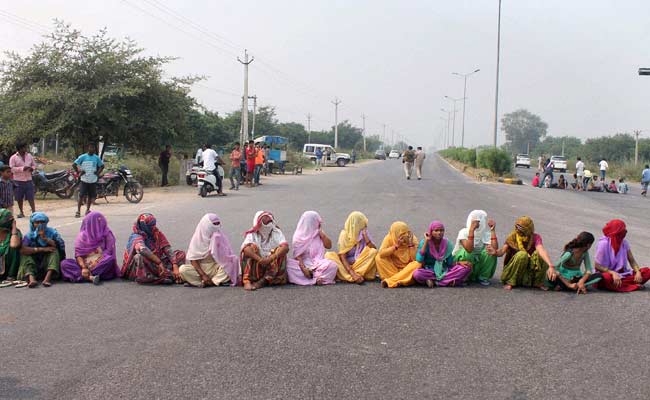 After protests by villagers, Haryana government ordered a CBI inquiry into the killing of two Dalit children.

"Action must be taken against perpetrators of the attack as per provisions of SC/ST (Prevention of Atrocities) Act. The state government must also act against policemen who did not perform their duties as two innocent children were burnt to death," All India Democratic Women's Association (AIDWA) general secretary Jagmati Sangwan said.

The protesters expressed concerns over casteist forces becoming "emboldened" during BJP's rule and alleged that the state government is sending signals that it is supportive of upper caste segment.

Besides AIDWA, representatives of Act Now for Harmony and Democracy, All India Dalit Mahila Adhikar Manch, Dalit Shoshan Mukti Manch and other outfits took part in the demonstrations.

Two children were burnt alive, while their parents suffered injuries after some persons from upper caste allegedly set their house afire while they were sleeping yesterday in Faridabad's Sunped village.