All 406 persons are going to be discharged in a phased manner from Monday onwards based on the advisory issued by the Ministry of Health with due medical procedures and protocols, an official said. 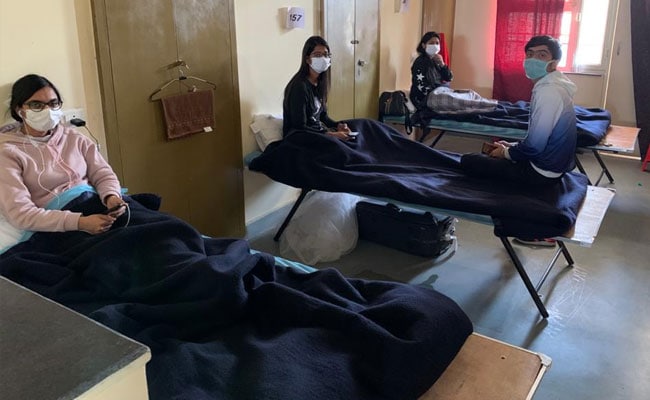 All 406 people, who are housed at an Indo-Tibetan Border Police (ITBP) quarantine facility in Delhi after being brought back from Wuhan, have tested negative for novel coronavirus in the latest sample examination and will be discharged in a phased manner beginning Monday, officials said.

The final samples of all the people quarantined at the ITBP facility here were collected by a team of doctors on Friday.

The final coronavirus test reports of all 406 people have been found negative, an ITBP spokesperson said today.

All 406 persons are going to be discharged in a phased manner from Monday onwards based on the advisory issued by the Ministry of Health with due medical procedures and protocols, he said. The group includes seven Maldives citizens. There are seven children including an infant in the group.

A total of 650 people were brought back from Wuhan in China on February 1 and 2 in two 747 Boeing Air India aircraft after the outbreak of the coronavirus in China. While 406 of these are being looked after at the ITBP facility, rest are at an Army centre at Manesar in Haryana.

The death toll from COVID-19 outbreak in China has climbed to 1,665 after 142 more people died, mostly in the worst-hit Hubei province, Chinese officials said today. There have been 68,500 cases so far in the neighbouring country. India has so far reported three confirmed cases of the virus, all in Kerala.

One of the three medical students, who had tested positive for novel coronavirus infection and were treated at a hospital in Kerala, has been discharged after recovery.

Passengers arriving in flights from China, Hong Kong, Thailand, Singapore, Japan and South Korea were being screened for possible exposure to the respiratory virus at 21 identified airports in India.